Eighteen staff members were honored for exemplary service at the 2009-2010 Chancellor’s Staff Recognition Awards ceremony, held over the spring/summer semester.

Winners of the awards were nominated by faculty, staff, and students, and selected by the staff recognition committee. 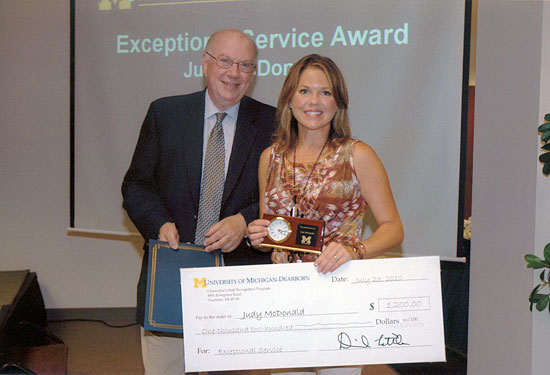 Judy McDonald, student career counselor in the Humanities/History Internship Office, received the Exceptional Service Award for helping to grow the internship program and the operation of the office while providing a willing and welcoming atmosphere that makes students want to come there, according to nominations.

"No matter how hard it is to find an internship for all of our students, Judy never gives up on finding the students' dream placements. Whether it means staying later than her shift or working from home, Judy is always going the extra mile to help students realize their dreams," said one nominator.

The staff recognition committee voted Janet Pecora, administrative specialist in the Office of the Provost, the winner of the Long-Term Achievement Award. Pecora received the award for her more than 20 years of service to the University.

"Janet has been a wonderful catalyst for academic affairs, enabling each individual department and school/college to achieve the best at their objectives,” one nominator said. 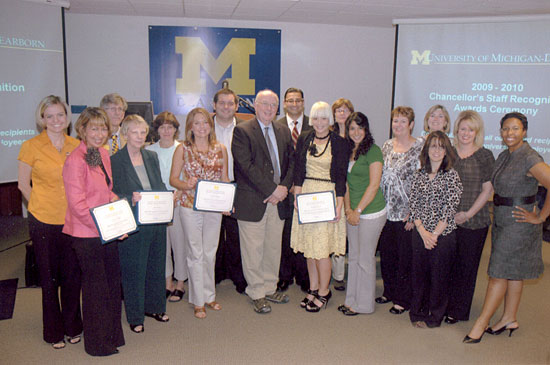 According to nominations, the Alumni Day team met for more than a year to plan the event, which created multiple long-lasting engagement opportunities for alumni. “The team went above and beyond the call of duty to ensure this event, which is of great institutional importance,was as successful as possible,” said a nominator. 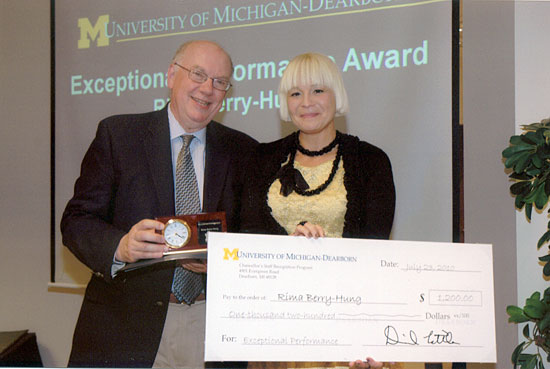 Rima Berry-Hung ('97 CASL), human resources consultant, received the Exceptional Performance Award. Among her many accomplishments within the last year, Berry-Hung finalized two dean searches for the CASL and the School of Education and also took on the role of representing the campus in LEO bargaining, according to nominations.

"The projects that Rima has successfully taken on this past year are phenomenal. She has demonstrated exceptional performance in her job role 10 times over," said one nominator.