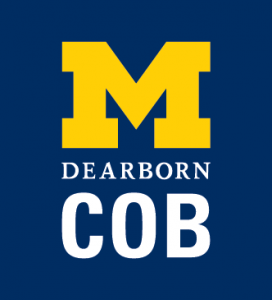 The accolades continue for University of Michigan-Dearborn’s part-time MBA program. U.S. News & World Report has ranked the program among the nation’s best for the seventh consecutive year.

The publication recognized UM-Dearborn’s College of Business (COB) for having the second best part-time MBA program in Michigan in its “Best Graduate Schools” edition released this week.

“Our part-time MBA program is designed to prepare students for the next step in their careers while accommodating the busiest of schedules,” said Raju Balakrishnan, dean of the College of Business. “We are thrilled to be recognized once again by U.S. News & World Report as it highlights our commitment to both academic excellence and student success.”

This marks the second time in recent months that UM-Dearborn’s part-time MBA program has been recognized. In October, Bloomberg Businessweek ranked the program second in the state and 68 nationally.

To support students and help them prepare for success today and in the future, the university modified some admissions and registration process policies.

Study finds that wearing really is about caring

Wanting to better understand people’s behavior when it comes to precautionary measures against COVID-19 like mask wearing, a business professor started a research project — and discovered that most people are choosing to be socially responsible.

The awards program, now in its 38th year, honors students for their strong academic achievement and faculty who have distinguished themselves in teaching, research and service.