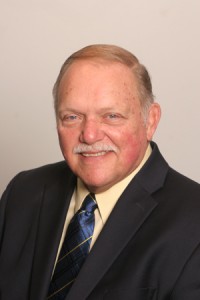 Donald Shelton graced the bench for nearly a quarter century, gavel in hand, and presided over hundreds of high-profile cases.

From a mysterious cold-case murder to the closure of a massive automotive plant, Shelton entrenched himself in every case that fell under his Washtenaw County Circuit Court docket.

“This is a job where, every day I came into work, it was an intellectual and emotional challenge,” said Shelton, who recently retired at the age of 70. “There aren’t many jobs like that, and that’s what I enjoyed the most—the challenge.”

For Shelton, the reason for his lengthy judicial tenure is simple.

“It was an opportunity to help people on a broader scale,” he said. “I could really make a difference in people’s lives.”

His seat on the bench is no longer available because of age limitations, but he now has a new venue to make an impact—the classroom.

This semester, Shelton joined University of Michigan-Dearborn as its new director of the criminal justice studies program.

That’s what inspired Shelton to enroll in law school at the University of Michigan. He was the first person in his extended family to graduate from high school, let alone college.

Shelton spent nearly five years in the U.S. Army, where he worked as a lawyer in an infantry division in Europe. He also spent some time at The Pentagon, where he defended the Army against civil lawsuits.

“By that time, I knew I didn’t want to represent the government, corporations or insurance companies, not that they don’t deserve legal representation,” he said. “It was because they could buy the best representation, while people like my folks could not.”

Shelton returned to Michigan, was elected mayor of Saline and handled personal injury lawsuits before accepting the judgeship.

Shelton has taught criminal justice and criminology at Eastern Michigan University, where he earned a master’s degree, for nearly 20 years and is excited to enhance the academic stature of UM-Dearborn’s criminal justice studies program.

“There’s a reason why this program is one of the fastest-growing programs on campus,” said Shelton, who also earned a doctoral degree in judicial studies from University of Nevada. “One of those reasons is the fact that criminal justice and criminology is one of the fastest-growing employment fields in this country. I realized pretty quickly how much this university values academics when they asked me to teach an hour-long course as part of my interview. I knew from that point on that this was the place for me.”

From simplifying business processes at a Fortune 500 company to connecting nonprofit organizations so they can share research and resources, this Supply Chain Management major enjoys discovering ways to improve the world around her.

Get to know Executive Writer Carl Paulus, a Michigan alumnus, persuasive writer and civic-minded communicator, who works to inspire the leaders and best.
Subscribe to the Reporter
Back to top of page