Diversity and justice: Symposium to explore how the criminal justice system confronts issues related to race, the Arab American community, and gender and sexuality 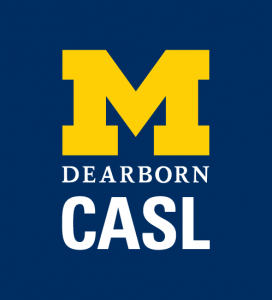 A Muslim woman in Dearborn Heights says police violated her constitutional rights when they made her remove her hijab for a mug shot. An 11-year-old in Ohio is being held on murder charges after allegedly beating a 2-month-old baby to death. And residents in cities across the country wonder what can be done about tensions between police officers and residents.

Those are among the topics to be addressed by 12 statewide and national experts and advocates—including Kym Worthy, Geoffrey Fieger, Barbara McQuade and Marilyn Kelly—during University of Michigan-Dearborn’s Diversity and Justice Symposium, March 2-4, 6-8:30 p.m., Social Sciences Building. The event will explore how the criminal justice system confronts issues related to race, the Arab American community, and gender and sexuality.

Donald Shelton, who worked with CASL College-Wide Programs to organize the event, said the event is meant to serve as a starting point for ongoing discussions.

“The first way we try to solve an issue is to have an intelligent discussion about it,” said Shelton, a former Circuit Court judge and current director of UM-Dearborn’s criminal justice program. “None of these issues will be solved in one night, but I hope people come away with a better understanding of these complex problems—and thinking about complex solutions.”

Monday, March 2: “Criminal Justice and Race”
Topics may include whether Detroit is likely to see a situation like what occurred in Ferguson, Missouri, police relations in the African American community, and whether or not body cameras or civil suits brought against police officers could deter police misconduct.

Tuesday, March 3: “Criminal Justice and the Arab-American Community”
Panelists may discuss the recent federal lawsuit filed on behalf of an Arab American woman forced to remove her hijab for a mug shot, profiling and discrimination against Arab Americans, and the myth of Sharia law in Dearborn.

Wednesday, March 4: “Criminal Justice, Gender and Sexuality”
Panelists may discuss how hate crimes against the LGBT community are prosecuted, whether or not children should be tried as adults, and what can be done about the documented abuse of female prisoners in the corrections system.

Each night, speakers will be given 15 minutes for prepared remarks, followed by an hour-long moderated question and answer period.

Martin Hershock, dean of the College of Arts, Sciences, and Letters (CASL), said the symposium reflects the college’s commitment to working with the community on issues that have an impact throughout the region.

“This program addresses some of the nation's—and region's—most pressing issues and features some of our most important local leaders,” he said. “CASL faculty, working across disciplinary boundaries, have put together a really remarkable series of events. Their work truly highlights the university's metropolitan mission and the centrality of UM-Dearborn to fostering important dialog and change.”

The event takes place during the first week of National Criminal Justice Month. For more information about the events visit umdearborn.edu/diversity_justice or contact Shelton at desjd@umich.edu.

Your guide to Homecoming 2019

Running from September 30 through October 5, this year's homecoming schedule features a mix of new events and classic traditions.

A UM-Dearborn professor and historian reflects on the promise of the current wave of activism, why America is more reformist than revolutionary, and how to stoke the fire of anti-racism.

University leaders shared an update on the FY21 budget, the cancellation of fall athletics, working from home, and the hybrid model for fall classes.

Highlights of the fall financial plan include increased student aid, a new cost-savings tuition structure, and a $20M fund from U-M to support the Dearborn and Flint campuses.
Subscribe to the Reporter
Back to top of page