They cover a wide range of topics in their research – sexual harassment, early childhood education, corporate finance and alternative energy – and challenge students in the classroom.

Now, four University of Michigan-Dearborn faculty members are recognized for their commitment to scholarship and teaching as recipients of newly established, named professorships:

The Board of Regents approved the establishment of the named professorships at their March meeting and the appointments on April 19 and May 17.

“These prestigious faculty awards recognize those who have distinguished themselves in scholarship and teaching, and who have demonstrated leadership in their departments or divisions, schools or colleges, or in the University as a whole,” said Catherine A. Davy, provost and vice chancellor of academic affairs.

“Professors Hong, Lee, Gruber and Mohanty exemplify the spirit and distinctiveness of this award.”

The recipients will hold the professorships for five years.

Descriptions of their work are taken from recommendations provided to the regents. 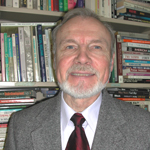 Gruber, professor of sociology, is a pioneer in the identification and measurement of sexual harassment in the workplace, having helped shape the definition adopted by the United States Supreme Court in 1984. His work on sexual harassment issues has drawn attention to the effects of harassment on individual women and the social environments in which they work.

Gruber’s focused approach to teaching has had “a profound impact on students on campus, as well as female incarcerated students at the Scott Correctional Facility,” a colleague said. He also has chaired numerous committees across campus and committed to mentoring and advocating for those in the promotion and tenure process.

"I became a sociologist in order to understand the root causes of social and economic inequality.  I have tried through my research, teaching, and public service to advocate for justice and to give a voice to those who are silenced because of prejudice and discrimination," Gruber said.  "I am deeply grateful for and humbled by the collegiate professorship and the recognition of my work from my colleagues.

Gruber is the first recipient of the Frances Reissman Cousens Professorship. Cousens was a valued UM-Dearborn faculty member from 1969 to 1980. She contributed to both the University, including the design of many present-day sociology courses, and the community, publishing an important Equal Opportunity Employment Commission study on employment discrimination. 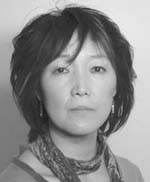 Hong is associate professor and director of the Early Childhood Education Center (ECEC). Her research in young children’s critical thinking is recognized nationally and she is an expert in the Reggio curriculum, a collaborative approach toward early childhood education. Hong’s research, “has the potential to level the playing field for young children often labeled as at-risk,” said a colleague.

Her leadership is felt throughout the ECEC and School of Education. Hong has mentored pre- and in-service education students, supervising their field placements. She contributed to the development of new School of Education degrees and programs, and her guidance played a significant role in the successful pairing of the ECEC with Oakwood Center for Exceptional Families.

Hong’s colleagues describe her as, “a highly regarded scholar, an excellent teacher and mentor, and a valuable colleague who provides exemplary leadership and service on campus and in professional organizations and societies.”

Hong is the first recipient of the Rosalyn Saltz Collegiate Professorship. Saltz had a long and distinguished career at the University from 1970 to 1996, leading the early childhood academic programs and serving as founder and director of the UM-Dearborn Early Childhood Education Center.

Lee, professor of finance, is praised for his commitment to scholarly research and teaching. Colleagues commend his publication record and his willingness to work with and mentor other faculty members. He has published 12 papers in the last five years, with two of those papers receiving “Best Paper” awards at academic conferences.

In the classroom, he is “a great teacher with genuine interest in the learning and success of our students,” a colleague said. Lee has received high praise from his students for being generous with his time while presenting challenging material. Additionally, he has developed multiple courses for the University and led efforts to develop and revise the Master of Science in Finance program.

Lee has provided leadership on campus as chairman of the planning committee of the Elliot Initiative in Financial Literacy, director of MS-Finance Program, director of international programming and coordinator of the inaugural College of Business Investment Competition.

"The Collegiate Professorship is a great honor and encouragement to me for my continued services to the campus and professional communities," Lee said.

Lee is the first recipient of the Michael Foran Collegiate Professorship. Foran. Foran’s record of serving his academic discipline and the professional and business communities left an impact both inside and outside of the academic community. 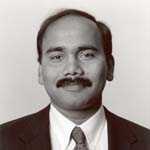 Mohanty, professor of mechanical engineering, has “distinguished himself as a great scholar with strong affinity for high-quality research and keen interest in teaching and students’ learning,” said one colleague.

Mohanty has been instrumental in developing advanced research laboratories, receiving more than $12 million to support his research activities. His research covers a wide range of applications including basic material science, biomedical, automotive, defense and alternative energy and has earned him numerous publications and patents.

His students view him as an excellent teacher and adviser; notably, Mohanty seeks to bring innovation to the classroom and was an early adapter of distance learning pedagogy. He also was the main architect of the undergraduate course in nanotechnology.

Mohanty is the first recipient of the Paul K. Trojan Collegiate Professorship. Trojan, whose distinguished career at UM-Dearborn spanned from 1961-1998, steered the College of Engineering and Computer Science through several transition periods and had an exemplary record of service, research and teaching.

FacebookTwitterLinkedIn
AwardsCollege of Arts, Sciences, and LettersCollege of BusinessCollege of Education, Health, and Human ServicesCollege of Engineering and Computer Science

College of Business has top programs in the state, nation

U.S. News & World Report, Poets&Quants and The Princeton Review have all recognized COB in their lists and rankings.

Environmental students awarded scholarships by the Garden Club of Dearborn