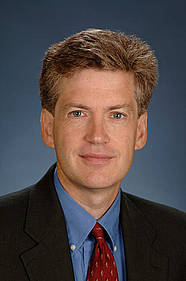 His narrative portrayal of a 1920s Detroit murder trial that divided a city and ignited a civil rights struggle earned him a National Book Award for nonfiction.

He also was a finalist for the Pulitzer Prize and the National Book Critics Circle Award. And the Michigan Humanities Council last year selected his book as a Great Michigan Read.

Kevin Boyle’s awards speak for themselves. Boyle, author of “Arc of Justice: A Saga of Race, Civil Rights, and Murder in the Jazz Age,” plans to visit UM-Dearborn Feb. 16-17 to discuss his popular book and lead a panel discussion on race.

“Dr. Boyle is a renowned scholar whose book and visit are very much in keeping with the University of Michigan-Dearborn’s commitment to community engagement,” said Jerold Hale, College of Arts, Sciences, and Letters dean. “The book provides an important historical context to frame our campus’ ongoing discussion of issues related to inclusion, race and diversity.”

Boyle will discuss his book, which explores the 1925 trial of Dr. Ossian Sweet, an African-American physician accused of murder while defending his Detroit home against a white mob, at 6 p.m. Feb. 16 in the Social Sciences Building, Room 1500.

Boyle also will lead “A Conversation on Race,” the University’s ongoing series designed to promote open and honest discussion about racial issues, at 1 p.m. Feb. 17 in the University Center’s Kochoff Hall. Boyle, a native Detroiter and U-M alumnus, plans to discuss the post-1925 history of Detroit and the origins of the city's racial and economic divide. A reception and book signing will follow.

Both events are free and open to the public.

Ahmad Rahman plans to attend at least one of Boyle’s lectures.

“Kevin Boyle is one of the most important scholars in America today, whose work covers the nexus between race, class and the American dream,” said Rahman, associate professor of history and director of African and African American Studies. “From his well-researched writings, one comes away with knowledge that is useful in avoiding past mistakes to work toward building a better America for all peoples.”

Like Rahman, Pamela Pennock and her students also plan to attend Boyle’s lectures. Pennock, UM-Dearborn associate professor of history, often requires her students to read “Arc of Justice” because she believes “it’s a terrific book to teach early 20th century U.S. history to students in an engaging way.”

“Students love it because it explores a riveting case in order to reveal the complicated and disturbing origins of Detroit metro area’s racial conflict, plus it’s written in a vivid and creative way, like a crime novel,” she said. “My History 112 students who are reading ‘Arc of Justice’ this term will benefit greatly from getting to hear Boyle speak about the book, and they are enthused that he is coming to campus.”

Along with “Arc of Justice,” Boyle authored three other books and numerous scholarly articles. Boyle teaches 20th century American history, with an emphasis on class, race and politics, at Ohio State University.