President of U.S.-Japan Council to speak on importance of Asian-Americans in U.S. history 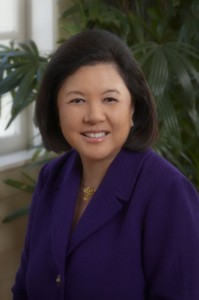 Irene Hirano Inouye, president of the U.S.-Japan Council, will visit campus Tuesday, September 11, to speak about the critical importance of Asian-Americans in U.S. history. The event, which is free and open to the public, will take place in Kochoff Hall C of the University Center from 1:30-3 p.m.

Hirano Inouye has served culturally diverse communities throughout her career. In her current role with the U.S.-Japan Council, Hirano Inouye seeks to strengthen relations between the two countries by developing people-to-people connections.

“Ms. Inouye is a dynamic speaker who will greatly inform your thinking about the past, current and future state of Asian-American relations,” said Associate Provost Ismael Ahmed.

Hirano Inouye is the former president and founding CEO of the Japanese American National Museum, the first and largest museum in the U.S. focused on the history of Americans of Japanese ancestry. An affiliate of the Smithsonian Institution, the museum has grown to more than 65,000 member-donors representing every U.S. state and 16 countries.

Through the museum, Hirano Inouye shared the rich history of Hawaii with national and international audiences.

Keviyan Richardson says his UM-Dearborn education helps guide him when working in his city. The latest project — called American Riad — may be the biggest community project he's done yet.
Subscribe to the Reporter
Back to top of page