The road ahead: Automated freeway driving will become common in the next decade 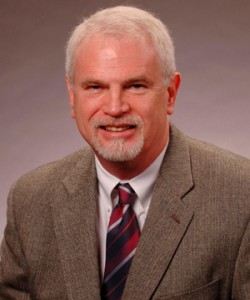 Automated freeway driving, truck platooning and pedestrian shuttles will be introduced to the automotive market within the next five years and become common in the U.S. in the next decade, according to an expert forecast detailed today at the Intelligent Transport Systems World Congress in Detroit. Along with extensive research and development of self-driving vehicles, these automated features will lead the way for the introduction of vehicles that automatically avoid crashes and assist in safer driving.

More than half of the expert panelists surveyed believe vehicles equipped with fail-safe automated freeway driving will be introduced to the market by the year 2020.

Survey results were discussed just three days after General Motors announced plans to introduce vehicle-to-vehicle communications-equipped cars within two years and to work with the Michigan Department of Transportation, Ford and University of Michigan to build technology-enabled roadways in metro Detroit.

The survey is part of a larger study on the future of automated, connected, and electric vehicles conducted by Steve Underwood at the Institute for Advanced Vehicle Systems (IAVS) at University of Michigan-Dearborn in collaboration with CATES in Seattle Washington. This research was supported by the Graham Sustainability Institute at University of Michigan in Ann Arbor, MI.

Underwood surveyed and interviewed 20 of the top automotive experts in the field and found agreement in the important and growing role of advanced sensor, communications, and electronics technologies that will influence the future of automotive transportation. These findings were supported by a follow-up survey in July of more than 200 attendees at the Automated Vehicle Symposium in San Francisco, sponsored by the Transportation Research Board and the Association of Unmanned Vehicle Systems International.

Underwood says results indicate experts in the field believe that vehicle automation and communication will have an influential role in the future of traffic safety improvements. “What surprised me was the almost negligible number of responses saying the introduction of any of these systems will never happen,” he said. “This suggests to me that automated systems of all types are going to come to market; the question we addressed was what will happen when.”

Survey results come on the heels of the National Highway Traffic Safety Administration’s plans to require vehicle-to-vehicle communications technologies in new cars. They estimate the move could prevent half a million car crashes a year.

“Making safer vehicles that avoid crashes is one of the first steps to getting to higher levels of automation. Customers are more likely to feel comfortable with automation if they know that their vehicle and other vehicles in traffic will prevent crashes from occurring. As the level of safety increases so will the public acceptance of vehicles that take over some of the driving,” Underwood said. “This is one of the reasons why the USDOT’s investment in connected vehicles is so important. We have shown that vehicles that communicate with other vehicles can also increase safety.”

The looming security threat posed by the cyber ‘supply chain’

Complex information and communication systems are often made up of hundreds of hardware and software components from a hodgepodge of manufacturers. UM-Dearborn’s Junaid Farooq says that makes them a cyber-physical battleground.

Is there a way for businesses to avoid a cash crunch?

College of Business professors Wayne Fu and Hung-Chung Su want to improve the supply chain process so that it can better weather catastrophic circumstances. The faculty mentored COB senior Siddharth Patel in researching one potential financial solution for the manufacturing industry.