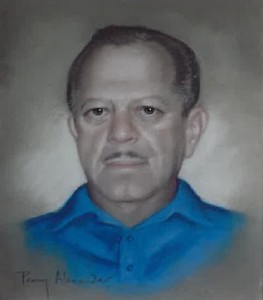 On the surface, Sam Zehra and George Mitchell appear to be polar opposites.

Sam owned and operated an appliance store in Dearborn. He also owned a restaurant and furniture store, but Sam wasn’t a household name outside southeast Michigan.

But that’s just on the surface. Under the surface, Sam and Sen. Mitchell are quite similar. 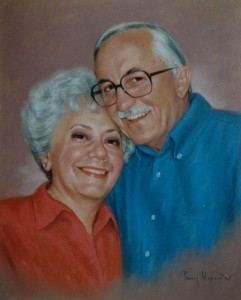 That’s why Mrs. Abbott and her husband, George, established the Sam Zehra Scholarship Fund in honor of Sen. George J. Mitchell at UM-Dearborn. Dearborn residents pursuing a career in public service and diplomacy are eligible for the scholarship beginning in Fall 2012.

Sen. Mitchell said he was honored when UM-Dearborn asked to include his name on the scholarship.

“When I left the U.S. Senate, I established a scholarship fund for needy young students, so I’m aware of the importance of efforts like this,” he said. “I commend Alberta and George Abbott for their generosity and am happy to join with them in recognizing and paying tribute to Alberta’s beloved brother, Sam Zehra.”

Sam died in 1967, but many Dearborn residents still remember the generous businessman. They either bought a refrigerator from Sam, or he supplied uniforms to their kids’ baseball team. A former business associate said Sam often cut checks to churches of all denominations. And when hospitalized veterans were in need of radios, he sent 30.

“He was extremely kind,” Mrs. Abbott said. “He always took care of everyone else. Whatever he could do, he would do.”

After her brother’s death, Mrs. Abbott began to follow Sen. Mitchell’s career and grew a deep appreciation for his public service.

“He just goes about his way to make things good,” she said. “He never was like a politician. He was low-key and just went about his business to get things resolved.”

And although Sam and Sen. Mitchell didn’t know each other, Mrs. Abbott said her brother and the former senator had plenty in common. Sen. Mitchell said the stories Mrs. Abbott shared with him about Sam are a testament to his goodwill.

“According to many who knew him, Sam devoted his life to helping others, especially those in need,” he said. “His sister and her husband continue that tradition in establishing this scholarship.”

For 24 hours, the entire university will come together and support the causes that make us the leaders and best. One of campus’ Wolverines — who’s worked for NBC, Dreamworks and Illumination Entertainment — shares why he gives.

The COB Internship and Career Management Center and the mentors met within it have a lasting legacy.