In the past five years, more than 20 UM-Dearborn students have traveled to various field schools worldwide to gain hands-on experience in anthropological techniques.

Field research scholarships--made possible by a gift from CASL alumna Beth Beson--have allowed UM-Dearborn students majoring or minoring in anthropology to make trips to field schools within the United States as well as countries such as Australia, Mexico, Belize, Malta, Jordan, Lebanon, Peru, Guam and Tanzania.

This past summer, five anthropology students spent up to four weeks studying at field schools in Illinois, Spain and Costa Rica where they had the opportunity to work at research sites learning new skills and gaining valuable experience not available in a classroom.

The students will give presentations about their field school experiences during an event on Friday, Dec. 10 in the University Center. They've also summarized their experiences in a special photobook that will be presented to Beson. Below are excerpts from the photobook. 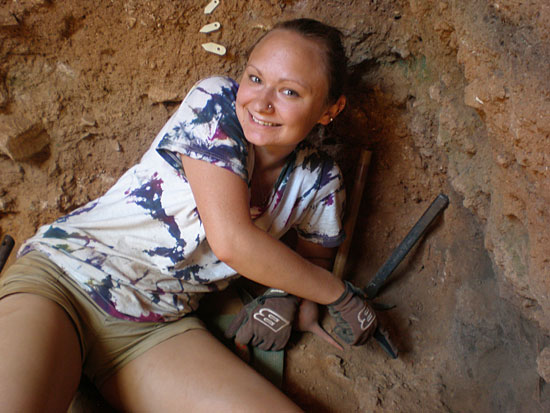 "Having the opportunity to go to a Neanderthal site was the most amazing thing I have done so far," said Nicole Lopinski, who spent three weeks in July and August at the Field School for Quaternary Paleoanthropology and Prehistory in Murcia, Spain, where she and other students at the school got the chance to excavate, dig, sieve, sort, and clean material from the site.

"This was the first dig I had been on, so I was able to gain so much knowledge," Lopinski said. "being able to learn right there at the site, with real field situations, and with real objects, helped to cement all of the things I learned in my classes at UM-Dearborn. This experience gave me a huge appreciation for excavation and all the steps it takes to get a fossil to the stage you see in the books." 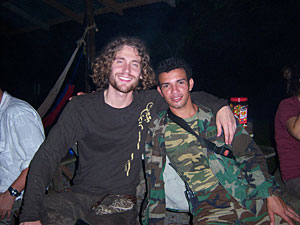 "I not only met new and amazing friends from all over the world, I also gained knowledge about primates and the field methods used to study primate behavior," Dewey said. "The research I performed on a lone, free-ranging female spider monkey living with a mantled howler monkey troop was amazing. To see two different species interacting socially was so unique and special to me that now I know that working with animals is what I am meant to do." 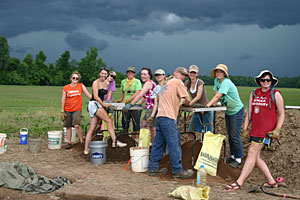 Brandy McGowan found there was valuable experience to be gained closer to home at the Southern Illinois University Carbondale Field School, where she spent four weeks learning about Mississippian culture and the practice of archaeology.

"It was never a dull day. We sang, battled Mother Nature, went on field trips, met amazing and intriguing people, and acquired skills that we would not have developed in a classroom," McGowan said. "During those four weeks, I not only learned how to do archaeology, I also learned what it is to be an archeologist." 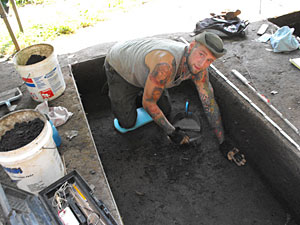 Students Mairead McKinney and Kyle Williams spent two weeks in August at the Center for American Archaeology's field school in Kampsville, Illinois, where they discovered bifaced spear points, pottery sherds, animal bone, and a post mold in the excavation area.

"The site that we were excavating was in between two large bluffs, in an area where Native Americans of the Woodland Period were flourishing around 2,000 years ago," said Williams, who stayed in a dormitory within walking distance of the excavation site.

McKinney said, "Through the field school, I've acquired knowledge in excavation techniques and have expanded my knowledge of Native American history and culture. Overall, the experience and knowledge gained has helped further my studies in archaeology and has deepened my passion for the field."

Williams agreed, saying "The people I had to work with were a great bunch, and interacting with the other field schoolers was the most enlightening part of the whole experience. I really attempted to 'soak in' all of the information that I could, including the physical procedures of how to 'dig' and what was required of one who begins to take pride in his or her own excavation unit."

For more information about UM-Dearborn's anthropology field research scholarships, contact Janet Dunn, assistant professor of anthropology, at 313-593-5049, or any other anthropology faculty member.

How to manage the transition back to the office

Professor Marie Waung explores what’s on the horizon for the 21st century workspace, and gives suggestions for supervisors on how to support their teams’ return-to-work shifts.

CASL student Bella Martincic’s research — which is featured in the CASL Research Showcase — looks at the pandemic and asks: Did news of the pandemic leave a strong mental impression? And what role does political affiliation play in that?

'In America, opportunity is measured by ZIP code'

Associate Professor Kevin Early, a criminologist and expert in the field, is featured on the BET+ series "American Gangster: Trap Queens," which gives a platform for people to share their stories, addresses racial, income and gender disparities, and, in most cases, shows a redemptive arc.