Preparations are underway for University of Michigan-Dearborn’s commencement ceremonies, Sunday, April 29. About 700 students are expected to graduate this weekend.

This week, Reporter talked with four students about their time at UM-Dearborn and their plans for the future. 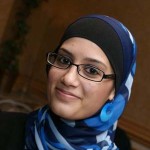 Sabrina Ali
Sabrina Ali knew she wanted to pursue a career that would directly result in others living better lives. But when she began at University of Michigan-Dearborn five years ago, she wasn’t sure what that meant for her.

In the early part of her college career, Ali dabbled in several areas including health care and human services.

But soon she had an “ah-ha” moment.

“I realized that a lot of problems that people face in today’s society stem from a lack of proper education; or worse, a ‘mis-education,’” Ali said.

“I wanted to take charge of that problem by mobilizing our next generation by teaching them academics and also giving them those life-changing experiences that would make them want to go out and change the world.”

That line of thinking led her to pursue a career in education. This Sunday, Ali will receive her degree in elementary education with a teaching major in social studies and a minor in language arts.

She knows about life-changing experiences first-hand. In particular, Ali remembers the impact of receiving a Distinguished Student Leader award on campus. The honor recognized her campus involvement and pushed her to become even more active in the community.

“The award made me realize what I was capable of,” Ali said. “It meant a lot to me that someone thought I was doing something important enough to acknowledge, and it motivated me to take my activism beyond campus life into the communities where I work.”

She’ll take that same motivation with her as she enters the education field. Ali plans to pursue a master’s degree in educational leadership, eventually leading to a job in administration.

“UM-Dearborn has helped me figure out what I want to do,” she said. “Through the volunteering and civic engagement, coupled with the opportunities for professional engagement, it steered me in the direction that I hope to head in soon.” 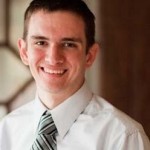 Phil Dean
For Phil Dean, getting the most out of his college experience meant getting out of the classroom.

The University of Michigan-Dearborn senior, who will graduate with a double-major in management and human resources, studied abroad in Italy and traveled to Tennessee and Florida during Alternative Spring Break (ASB).

He described the opportunity to study in Padova, Italy, as his favorite UM-Dearborn memory. During the day, he and classmates would work on group projects at University of Padova; they spent their free time traveling to Venice, Rome, Florence and Cinque Terre.

“Studying abroad with 11 other UM-Dearborn students was a great experience,” he said. “We learned not only in the classroom, but outside of the classroom as well.”

Dean gained additional “outside the classroom” experience as site leader during his  ASB trips.

On campus, he was president of ITM Club and the College of Business Student Executive Board and volunteered throughout the community. He will cap his college experience Sunday as the student commencement speaker.

Through each activity, Dean continued to grow in leadership ability, a quality he sees paying off as he begins his career in human resources.

“I have gained leadership skills throughout student organizations and leadership programs,” Dean said. “I believe that being able to effectively lead others is integral to success, and I attribute those skills I obtained to my experiences at UM-Dearborn.”

Next, Dean will enter the workforce before pursuing a master’s degree in human resources.

“I feel that the UM-Dearborn experience has helped prepare me for these plans,” he said. “When I walked into my first internship, I was able to apply all the knowledge that I learned in the classroom into a real-life experience,” he said. 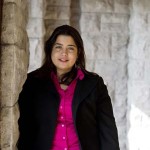 That was the case for Manall Farhat, who credits her work with Homecoming’s cardboard boat races with helping her decide on a career path.

“Choosing the area that I wanted to go into was a process, as I changed my mind a few times,” she said. “I chose supply chain management because of my experience with student organizations and the project management skills that I had been able to develop.”

The boat race was the first event Farhat planned on campus. Throughout her time at UM-Dearborn, she continued to volunteer for events and projects, participating in Students in Free Enterprise and Alternative Spring Break.

Through those experiences, she realized how much she enjoyed planning and leading projects, a key skill in the supply chain management world.

Farhat sharpened her skills during an internship with Brose automotive supplier, gaining further experience in logistics and increasing her passion for the field.

The internship became increasingly beneficial as it lead to a full-time position. Farhat began working as a logistics planner with Brose in November after completing her internship.

“By working as an intern, I was able to see the day-to-day job functions and learn what the role is within the company,” she said.

Farhat will participate in commencement activities this weekend and finish her last class during the summer. 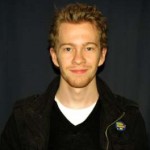 The naturally shy student admits to spending more time in his car – driving, studying, napping – than exploring what the campus had to offer.

“I preferred isolation in my car instead of checking out the group on campus that would allow me to make videos and films,” Juntunen said.

That group was Campus Video Network. Juntunen, an English major, had always had an affinity for storytelling, and he saw film as another outlet for his stories.

His work with CVN inspired him to hone his skills by taking classes geared toward filmmaking.

“I learned quickly just how much I had to learn, as crafting a film is a whole other ballgame from crafting a short story or poem,” Juntunen said.

“However, with the help of CVN and the journalism and screen studies professors I’ve had, I now feel more confident about my knowledge in film and in creating them.”

Juntunen credits that knowledge, along with the education he received through the Honors Program and the connections he has made at UM-Dearborn, with his positive outlook toward the future.

After graduating, he plans to continue to work with Tom Wille, executive producer of CVN, to further develop Wille’s start-up media production firm. Eventually, he hopes to break into the entertainment field.

While Juntunen used to think those dreams were too far-fetched, that’s not the case anymore.

“This school has turned me into the type of person who can dream that large and not be ashamed of it,” he said, “because I know just how possible it is now.”