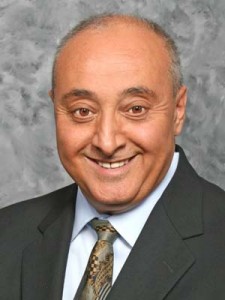 Ismael Ahmed has spent a lifetime advocating for others. Now, his work on behalf of metro-Detroiters once again is being recognized.

Ahmed, associate provost for metropolitan impact, received one of four Shining Light Regional Cooperation Awards at a ceremony held Thursday, Oct. 10. The awards, presented by the Detroit Free Press and Metropolitan Affairs Coalition, recognize individuals who positively impact the lives of those who live in the metro Detroit region.

Ahmed received the Neal Shine Award for Exemplary Regional Leadership for his efforts to connect academic initiatives with the community. The award also recognized his previous work as head of Michigan’s Department of Human Services and executive director of the Arab Community Center for Economic and Social Services (ACCESS)—which he helped grow from a storefront operation to the largest Arab-American human services organization in the nation—as well as his continuing contributions to adult literacy and the region’s cultural scene.

“Ismael is the kind of leader for whom I have the greatest admiration,” Chancellor Daniel Little told the Free Press, “a person who wants to work collaboratively to bring about great community benefits, without concern for his own ego.” 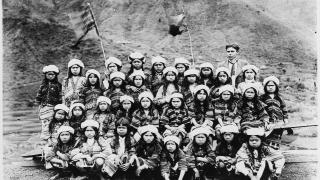 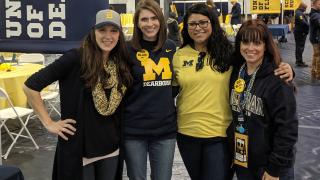 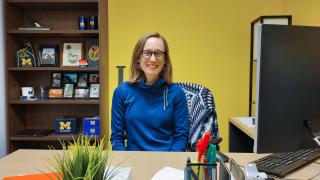 UM-Dearborn’s new assistant director at the Office of Student Life talks about her recent move to Michigan, her love of the outdoors, and what she hopes to do in her new position....