What would a “just” rollout of the COVID-19 vaccine look like?

The next phase of the pandemic could be a test of how much we’ve learned about inequity in America.

Americans may start receiving the first doses of what could be a highly effective COVID-19 vaccine as early as later this month. There is almost universal consensus that the first round should go to healthcare workers — the logic being that we need medical staff to stay healthy so they can care for the rest of us if we get sick. But beyond that, the question of who should be next in line gets more complex. Should it be those most likely to suffer the most severe symptoms? Those most likely to spread the disease? Demographic groups who’ve paid the highest price during the pandemic? People who are crucial to keeping the core functions of our economy going? Recently, we asked UM-Dearborn assistant professor and medical ethics expert Terri Laws to break down some of the ethical nuances of the vaccine rollout. Our conversation below has been condensed and edited lightly for clarity.

Before we dig into some of the specifics, I have to say I’m a little surprised — maybe even encouraged — that justice seems to be a fairly central part of both the public discussion around the vaccine and the one that’s happening within government agencies. Are you surprised or hopeful about this?

Well, the agencies that are figuring all this out right now have started releasing their guidelines, and I have to say it looks very similar to what we’d think of as a “just” distribution of the vaccine. I’m also very pleased with how many groups are coming forward to push this question of equity into the conversation. I have to believe that this year’s protests around racial justice have played a role in why we’re seeing so much effort, because I’ve personally never seen so much effort. Even though justice is one of the core principles of bioethics in healthcare, it’s the one professionals in my field spend the least time thinking about. So yes, in that sense, I find it very hopeful. But we have to recognize that we have not exactly followed guidelines from the CDC during the course of this pandemic. So we’ll have to see if these recommendations translate into actions.

And let’s break down those actions a little bit. The underlying reason we’re talking about this topic is there are not going to be enough doses of the vaccine to go around initially, so decisions will have to be made about who gets it first. Do I have that right?

That’s correct. And there seems to be pretty widespread acceptance that healthcare workers will be first. We have to be able to keep our medical system functioning, and we’re finding out right now just how finite that workforce is. But this is where the first level of nuance comes in, because who is a healthcare worker? And who gets to decide who is a healthcare worker? Is the hospital cafeteria worker or the janitor who cleans the rooms, both of whom help keep the hospital running, are they healthcare workers? And the same nuance applies to essential workers, who are another category of folks who would be first in line for a vaccine because they are putting themselves at risk to keep our economy going.

I think this is something I’m especially concerned about because many of these decisions will be made by each state and influenced by each state’s politics. I mean, if you want, I can complicate the picture even further, because if we’re thinking about this in terms of workforce and who we need to keep our economy and society functioning, then we have to think beyond states because no state is its own distinct economic unit. For example, we know the meat processing industry is concentrated in certain states like Mississippi or North Carolina, and those workers who keep that industry going are often immigrant and undocumented workers. And we also know that there were immigration raids of meat processing plants in Mississippi just last year. So these aren’t necessarily people who are usually at the top of the list politically, so they haven’t been a large part of the public health or vaccine prioritization discussion. But all of us will absolutely need Mississippi, for example, to put them near the top of the list if we want meat on our shelves at the grocery store.

Framing it this way, I also sense there may be a challenge reaching essential workers because they are more dispersed throughout the economy — and also because, frankly, “essential worker” is kind of a term we just made up during the pandemic. My point is that it seems relatively straightforward to vaccinate healthcare workers, because they mostly work at healthcare facilities. They even have badges that more or less say “healthcare worker.” But how do you logistically give a really heterogeneous group of people first-in-line status and make sure they have access to the vaccine?

That’s a great question, and I think this could be especially difficult in a place like Detroit or Houston, where many people have mobility challenges. In fact, I think we saw this same challenge with access to testing early in the pandemic. But we addressed this in Wayne County, in part, by setting up mobile community-level testing centers, and they seemed to work pretty well because they came to the people, not the other way around. I also think workplaces may play an important role. In Michigan, we have designated certain parts of the economy as “essential,” and so, using that framework, it could be fairly straightforward to find folks. So, for example, if we decide it’s important to prioritize grocery store workers, then we could set up a mobile vaccination station right at their workplace. In fact, in talking with my public health colleagues, many of us are thinking private employers will likely play a very important role in getting people to get the vaccine. Just like we require vaccinations for attendance in public schools or for employment in hospitals, many private employers may require workers to get the vaccine to stay employed. Obviously, this will also inspire lots of discussion about workers’ rights and bodily autonomy.

Well, let’s dive into this issue of vaccine opt-out, because the other huge piece of this is that even if we succeed in providing access, it won’t matter if people won’t get the vaccine. In particular, there is a growing anti-science sentiment among some Americans. And many people from specific demographic groups are feeling tepid because of a complicated history with healthcare in the U.S.

I’m really concerned about this because there are a lot of people who are saying they’re not going to get it. In fact, a couple studies came out just a week or so ago, and the numbers are under water for African Americans; at last one survey I saw was 60-40 in favor of people who say they wouldn’t get it, and that’s related to trust in whether they believe the vaccine will be safe. The numbers were a little better for Hispanics, and for whites, it was about 50-50. But the numbers have been dropping all year, so it’s a huge concern, and it’s an extremely complex challenge that’s informed by a long history. Our conversation today is about what a “just” vaccine rollout looks like, but I think we need to recognize that the meaning of justice in this context isn’t fixed. I teach my students about Tuskegee, where Black men were experimented on under the guise of receiving free medical care. And the bioethics guidelines around justice that grew out of Tuskegee and several other really egregious incidents of medical research conceptualized justice as protection from that kind of harm. But just within a decade, HIV and AIDS shows up and the meaning of justice shifts. It actually becomes about the right to receive experimental therapies. Now, we step into the COVID era, and we have African Americans and other marginalized groups feeling maybe like they want to wait until other people try the vaccine. Not being first in line, in fact, might be seen as a form of justice to some communities, in the sense of their sustaining a level of autonomy or self-determination that hasn’t always been borne out in history.

That is really fascinating. So given that context, what do you think the message has to be for people to feel comfortable taking the vaccine?

I think we literally have to try everything. We have to try the appeal that says, ‘you love your grandma, so if you want to keep her safe, this is the right thing to do.’ I’ve seen messages from Black doctors that are literally “love letters to Black communities.” For marginalized groups who largely don’t trust based on history, this is extremely important. The message has to be first, an acknowledgement of the history, and second, a message of care for one another. In fact, a message that dignifies people and shows that you care about their humanity is something that resonates whether someone comes from a marginalized community or not. And this message needs to be hit hard right now, well before the vaccine is available to the general public.

But to get back to your original question, even with these challenges, I am somewhat hopeful. I was on a webinar with Dr. Fauci the other day streamed by a bioethics center and he said because we now have seen the evidence of disparate health experiences, we ought to use this next decade as a time to focus on health equity. And I was, like, ‘Oh my god, he actually said that!’ So there are people who are thinking about this who are in all the right spots, and I hope decision makers will heed this guidance. Because if we don’t get all groups to participate, then we are failing everyone. Our world is truly that interconnected. The people who are working in long-term care facilities are largely Black and brown. Your ICU nurses — many are from The Philippines and your public health professionals may be from South Asia. So all these are communities that we cannot afford to fail, because if we do — whoever “we” is — we’ll be failing ourselves. 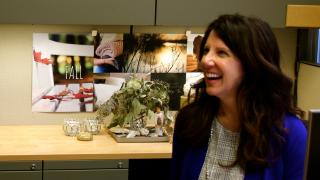