Executive, columnist to speak at UM-Dearborn commencement on May 1

Mark Fields, executive vice president of Ford Motor Company and president of The Americas, and Detroit Free Press columnist Rochelle Riley will be the featured speakers at University of Michigan-Dearborn's commencement ceremonies on May 1.

Other speakers will include UM-Dearborn Chancellor Daniel Little and Kate Davy, provost and vice chancellor for academic affairs at UM-Dearborn. Little and Davy will co-emcee both ceremonies.

Additional speakers at the afternoon ceremony will include student Jason Davis, alumnus David Stephens and Deborah Smith-Pollard, associate professor of English at UM-Dearborn. 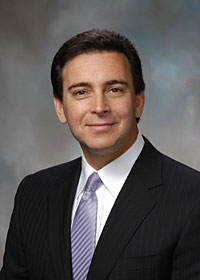 Fields has served as executive vice president of Ford Motor Company and president of The Americas since October 2005, where he's been responsible for all operations involved in the development, manufacturing, marketing and sales of Ford, Mercury and Lincoln vehicles in the United States, Canada, Mexico and South America.

Formerly, Fields served as executive vice president, Ford of Europe and Premier Automotive Group (PAG), where he led all activities for Ford's premium vehicle business group, and for Ford-brand vehicles manufactured and sold in European countries. Prior to that, Fields was chairman and chief executive officer of PAG.

Fields joined Ford Motor Company in July 1989. From 2000-2002, he was President and CEO of Mazda Motor Company, leading the company through a period of significant transformation. He previously held a number of positions in both South and North America, including Managing Director of Ford Argentina.

Fields was named a Global Leader of Tomorrow by the World Economic Forum in 2000 and CNBC's Asian Business Leader - Innovator of the Year for 2001. He holds an Economics degree from Rutgers University (USA) and a Masters in Business Administration from Harvard Graduate School of Business. 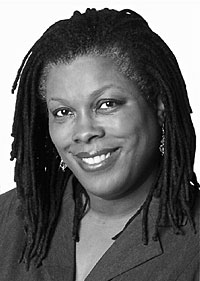 Riley's commentary on social, political and cultural issues appears in the Detroit Free Press several times a week. In addition, she blogs at www.rochelleriley.com and www.tellyaching.com, a television criticism site. Riley makes frequent television and radio appearances, including on National Public Radio and WDIV-TV's "Flashpoint."

Riley has won many state and national honors, including four Michigan Associated Press Editorial Association awards for best column writing and a National Scripps Howard Award. The Michigan Press Association has named her Michigan's best local columnist three times, most recently in 2010. Her columns on the text message scandal involving Detroit's former mayor were part of the entry that won the Detroit Free Press the 2009 Pulitzer Prize for local news.

Riley has received many honors for her work, including the 2010 Detroit Society of Professional Journalists First Place Award for column writing for the second year in a row; the Robert G. McGruder Leadership in Diversity Award from Kent State University; the 2010 State Bar of Michigan Wade H. McCree Award for the Advancement of Justice for her coverage of Detroit city officials; and the 2010 Harvey E. Beech Outstanding Alumna at her alma mater, the University of North Carolina at Chapel Hill where she earned her bachelor's degree in journalism

A collaboration between UM-Dearborn and U-M Information and Technology Services departments is bringing a Tech Shop to campus this fall.
Back to top of page