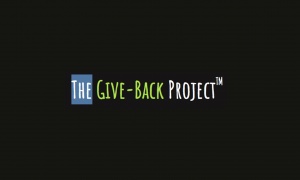 Joe Alcodray—who founded the Give-Back Project, which collects and distributes travel-sized toiletries to homeless shelters—wanted to get advice on how to improve his nonprofit organization.

Alcodray has a few boxes around the Metro Detroit area to collect hotel toiletries people bring home from travels. Once every two months, he transports these items to homeless shelters in Detroit.

“I go every couple months, but there is still a greater demand. I’d like to help these shelters better get their needs met,” said Alcodray, a frequent traveler for work who started the organization to repurpose the unused hotel items he brought home.

So he approached the College of Business.

“I wanted some feedback on the Give-Back Project’s website and maybe some ideas for marketing. To be honest, I wasn’t thinking much beyond that. I was happy to get any type of feedback,” said Alcodray, who runs the nonprofit as a one-man show when he’s not working at his full-time job.

But what the Dearborn Heights resident—who has two children at UM-Dearborn, two who are U-M graduates and has taken classes at the university—got was much more. He was given access to students who have helped him generate ideas, carry out his nonprofit work and suggest ways to make his process more efficient.

“I was given a hands-on all-in response. I was connected to professors, students and their ideas,” Alcodray said. “It’s been great to be surrounded by all of the young energy.”

After iLabs Director Tim Davis met with Alcodray, Davis took an interest in the project. He saw this as an opportunity to show students how a seemingly simple idea still has many moving parts to manage.

“Joe is a one-man band who wants to pick up material from boxes and then distribute them to warming centers and homeless shelters. It’s simple in concept, but there are a lot of things to look at in the process. Where are the best places to put the boxes? How many boxes should there be? How often should materials be picked up? How do we raise visibility to collect more materials? How can an already lean process be more efficient?” Davis said. “There is more to it than you realize.”

Davis came up with an incentive for students to help give Alcodray fresh ideas and evaluate the Give-Back Project’s process.

Through support from the Ford Community Corps Program—which is supported by the Ford Fund and has the goal of engaging students with nonprofits in the community—Davis reached out to all COB student organizations and, in exchange for a semester-long commitment to the project, he’d give $500 to their general funds. In addition, all students involved would become a part of the Ford Blue Oval Network, an exclusive Ford-based young professional network.

“The students have gone out to businesses, had new boxes placed and have been collecting materials and tracking progress. At the end of the semester, they will sit down with Joe and give him their key findings,” said Davis, who noted that the American Marketing Association (AMA) and the Financial Investment Club are taking part.

He said the project has challenged him on both a personal and professional level.

“It was a real life experience in managing resources—our time, our members and our networks—under constraints and making what appears to be the best overall call,” he said. “This was more challenging than I expected it to be, but that is a good thing. There is an intense satisfaction knowing that you are helping a good project accomplish a mission. I’m glad we have this opportunity to make a difference.”