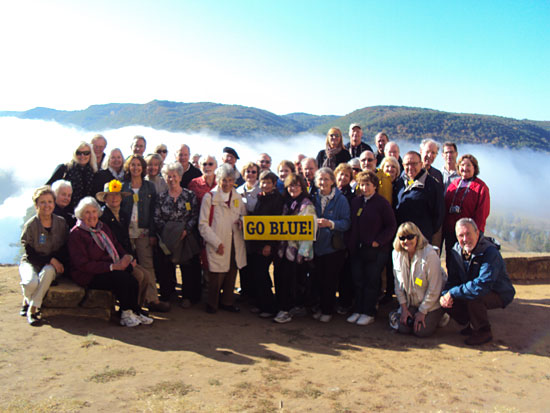 Gabriella Eschrich, chair of the Department of Language, Culture, and Communication and associate professor of French, accompanied a group of 38 alumni to the Dordogne region of France Oct. 6-Oct. 14 as an official representative of the U-M Alumni Association’s “True Blue” travel program.

Part of the travel program’s mission, according to the Association’s website, is to actively recruit exceptional U-M faculty and staff with special talents to fill its Alumni Travel Representatives positions. The Association looks for individuals who have a passion for travel, continuing education and a genuine interest in serving the U-M community.

Below, Eschrich shares her experience in her own words.

When the Alumni Association of the University of Michigan asked me if I would be willing to accompany a group of alumni to the Dordogne region of France, I was thrilled.  I had never been to Aquitaine, although I teach its many cultural and historical assets in my French civilization course.

The experience turned out to be abundantly rewarding: a week of gourmet food (paté, foie gras, duck, crème caramel, local fish, and more), Bordeaux wines, and of course, guided visits to some of the richest prehistoric sites in Europe including Cap Blanc, a UNESCO Human World Heritage site, the Caves of Lascaux and of Rouffignac, home to works of art and depictions of mammoths and long gone species, the troglodyte village of the Madeleine, and the pilgrimage site of Rocamadour.

The many medieval fortresses and Renaissance castles along the beautiful Vézère and Dordogne valleys---Beynac Castle, the twelfth-century home of Richard the Lionheart, and the idyllic village of Beynac, where the movie Chocolat was filmed---were my favorite part of the trip.

As a specialist of Renaissance literature and culture, it turned out to be a perfect and enlightening trip for me, too. We walked through the many French sites of memory in which notable events took place---the various battles of the One Hundred Years War and the Wars of Religion.

On the last day, we took a short cruise on a “gabare” down the Dordogne River where fortresses and castles reflect their imposing image on the water.

I was asked to give two lectures. During the first lecture, I chose to talk about Eleanor of Aquitaine (1122-1204), Duchess of Aquitaine, and Queen of France and England, whose vast domains in both countries prompted the long war.  My second lecture was on the Renaissance and its architecture, Michel de Montaigne and Humanism.  The great philosopher and writer lived in the area and was the mayor of Bordeaux.

The thirty-eight alumni came from all over the United States, from as far as Seattle and as close as Livonia. They were the perfect traveling companions: always very friendly, in a good mood, curious and especially thirsty for the educational opportunities that the trip offered in abundance.  We all took Montaigne’s quest “Que sais-je?-What do I know?” at heart, absorbing and appreciating all that village life in Dordogne had to offer. 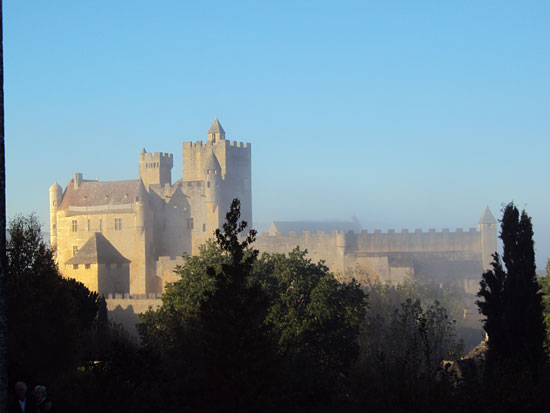 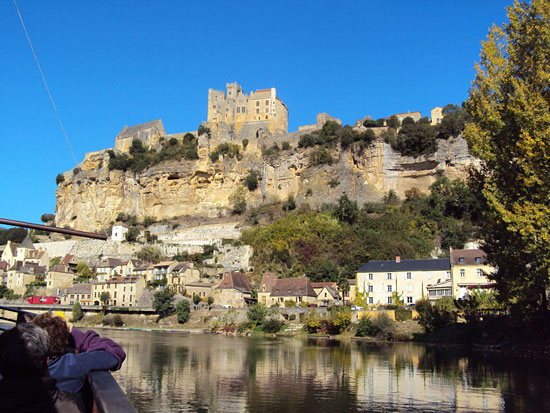 Could this be the future of engineering education?

Have pandemic questions? UM-Dearborn has experts.

Get a specialized education in a short amount of time

The College of Arts, Sciences, & Letters introduces five new certificate programs for the fall that focus on food, language, media production and more.

Why humanlike robots are such a mind-bending engineering challenge

For a long time, science fiction has helped us imagine life alongside robots that move just like us. But realizing that dream is still a technological moonshot.

New customizable major focuses on writing for specialized audiences — technical, business, community and more — and is easily paired with other campus majors and certificates.
Subscribe to the Reporter
Back to top of page