The public health graduate talks about rolling with the punches, the payoff and pain of changing majors, and planning for life without a plan. 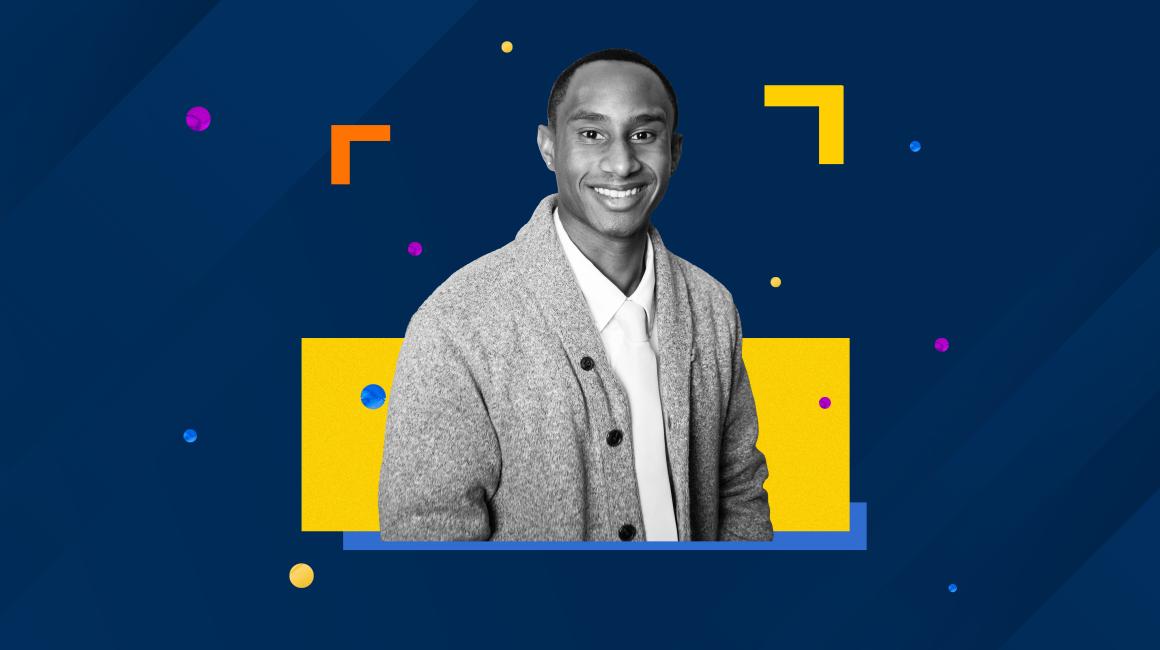 Coming out of high school, Solomon Dudley had what felt like a pretty solid plan. College was always a part of it, and the goal was to attend a historically Black college or university. Because Michigan’s only HBCU closed in 2013, that definitely meant looking out of state. But that seemed like a good bet. His dad was eyeing a transfer at work that would take the family out to the East Coast. Howard University in Washington, DC or Hampton University in Virginia would’ve been a dream, though if the family ended up in Atlanta, he definitely wasn’t going to be mad about the possibility of Morehouse. While he waited for his father’s work plans to firm up, Dudley figured he could take his pre-business classes at nearby Schoolcraft College, so he’d get a running start at business school.

But when the family decided to stay in Michigan, Dudley had to regroup. Having checked off two years at Schoolcraft, he was initially eyeing U-M or Michigan State for a transfer. But UM-Dearborn emerged as a late contender on his list of schools. “I had been pretty involved in high school, but while I was at Schoolcraft, my life was pretty much school, and when I wasn’t in school, I was working my job as a manager at McDonald’s,” Dudley says. “When I transferred, I knew I wanted to be connected to other students and have a chance to have relationships with my professors. It just seemed like a campus where you’re one of 30 kids in a classroom — not one of 200 — might be a better fit for me.”

Acting on that hunch, Dudley transferred to UM-Dearborn, staying on the business track he started at Schoolcraft. Initially things were going well. He made some friends, got a campus job, and moved into the Union to get more of a residential campus feel. But increasingly, the coursework in his business classes felt like a mismatch. “I love business, but I think I was coming at it from a different perspective than what I was learning in the program,” Dudley remembers. “I’m very multidisciplinary, and creative, and I love the arts, and I think I realized my interest in business was in thinking about how to use it to support those other things.” It was a painful realization that left Dudley feeling like he’d invested lots of money and time in a dead end. He credits a co-worker with helping him find a way forward. During one of their conversations where they were processing it all, she asked him if he’d ever thought about health administration. It was a subject taught over in the Health and Human Services department, and it combined public health perspectives with some of the business background he already had. “I honestly filled out the forms to switch majors before I even went to talk to an adviser,” Dudley says. “It just seemed like the right thing for me.”

It was a leap of faith that ended up paying off. Dudley found the coursework was a much better match for his interests. His family had always been involved in social justice work, so he connected with the activist spirit of his classmates. And the justice-oriented, multidisciplinary approaches researchers like Natalie Sampson used to solve public health problems resonated with his own way of looking at the world. Plus, the late winter and spring of 2020, when Dudley was fully immersed in his public health coursework, was a heck of an interesting time to be studying the subject. COVID basically put public health and the healthcare system in general at the center of the universe. For somebody, like Dudley, who wanted to make a difference in his community, public health seemed like a viable and rewarding path.

Heading toward the graduation stage, he still feels good about that choice, though he’s open about being undecided over whether he’ll enter the field right away. Grad school is a serious contender for a next step, though after his undergraduate experience, he wants to take a year to make sure it’s the right thing for him. Another main interest is a nonprofit organization he’s in the process of launching called Solomon and Friends. During COVID, he logged a number of successes using the platform to fundraise for various social causes with a series of Zoom-based music and theater performances. “With these events, I’m showcasing the arts, but it takes a lot of business and marketing skills to make them a success,” Dudley says. “And it’s all for a good cause, so you get the social justice element as well. To me, it feels like it’s all connected.”

At the moment, Dudley sees them as all good options, and it doesn’t stress him out that he doesn’t have a script locked in for his immediate post-graduation life. Maybe that’s for the better. Having switched gears a few times, he’s now more comfortable with change being part of the adventure of it all. If there’s one part of his life he’s planning for, adventure is it. 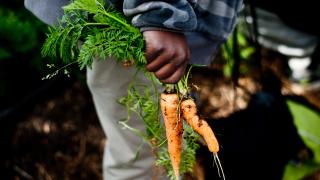 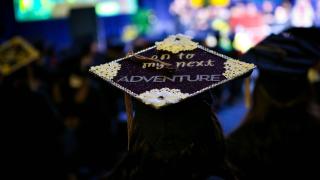 Commencement will take place at UM-Dearborn’s Fieldhouse with several small ceremonies occurring on Dec. 18 and 19. Get the details.... 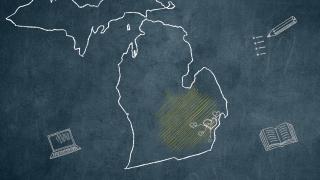 Leaders from the education department talk about why so many of our graduates are flocking to serve districts where it’s hardest to recruit teachers.... 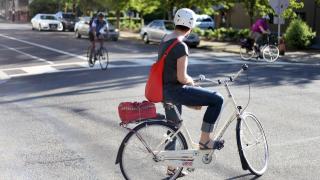 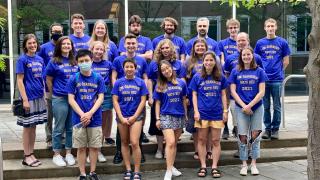