His multiple internships and Formula SAE experiences have given him a competitive edge.

Reflecting on his college experience, the December 2017 College of Business graduate said UM-Dearborn helped him deliver on his dreams.

“I owe it all to this campus. The opportunities I’ve been given here have allowed me to realize my potential, to channel my ambition,” he said. “If I would have told my freshman-year self what I was going to be able to do before I graduated, I would have said, ‘No way.’”

Dworakowski said his parents, who emigrated from Poland seeking opportunities in America, stressed the importance of a college degree to him. And with the Michigan name, strong programs and close proximity to home, UM-Dearborn was the right choice.

“My parents built a successful real estate business from hard work and doing everything themselves. To teach me responsibility, I was able to help too. I’d assist with translation since they are non-native English speakers and with financial transactions. We’re a team,” said Dworakowski, sharing his initial interest in gaining a College of Business degree. “But my time at UM-Dearborn allowed me to tap into my other interest too—taking part in the ‘Design. Build. Test.’ process of engineering.”

Dworakowski, who’s active in Supply Chain Association and Alpha Kappa Psi, said he was invited to “drop into the shop for a meeting” when inquiring about the Formula SAE team at a campus organization fair.

“I’ve always loved cars and how different processes and pieces can come together to create optimal performance and conditions,” said Dworakowski, who joined the Formula SAE Electric Team, first handling the business administration side of the build and later serving as co-captain. “Formula SAE gave me the chance to get involved with the full product development process.”

Formula SAE also gave him the opportunity to meet a recruiter from SpaceX, where Dworakowski later landed three internships—two in Cape Canaveral, Fla., assisting with the first successful Falcon 9 rocket launch and landing; the other in their California rocket-building facility.

“My business education helped me have the confidence to handle millions of dollars in purchase orders and to find cost savings for SpaceX by mapping out high-opportunity cost reduction targets. And my Formula SAE experience helped me understand the rocket drawings, so I knew what I was buying and why it was important,” said Dworakowski, who worked with SpaceX from September 2015 to August 2016, first in non-flight purchasing and later in direct vehicle procurement.

Dworakowski said his time and experience on campus has given him an “X factor,” something he doesn’t believe he would have gotten anywhere else. Dworakowski recently accepted an international supply chain consultant position with 4flow, a German-based company with an office in Detroit.

”I’ve been able to accomplish amazing things because of my parents, my professors and my teammates. These are all people who believed in me and taught me what I needed to succeed,” Dworakowski said. “And I’ll take the lessons they’ve shared with me as I move into my next chapter.” 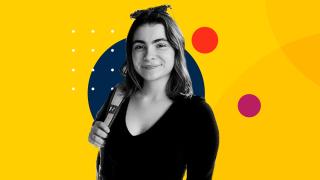 With a goal to one day work for the U.S. Department of State, Olivia Colborn said it’s important to understand how culture and experience shape political decisions. That's why she double majored in Political Science and Hispanic Studies, and plans to earn ... 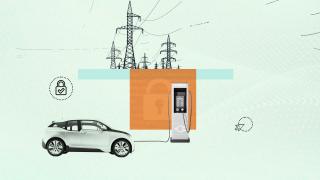