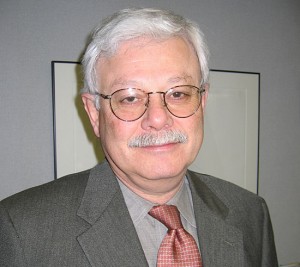 Edward Bagale, vice chancellor for government relations, has been named one of four local individuals to receive a Shining Light Regional Cooperation Award for their regional leadership, potential as future leaders and their service as unsung heroes in the community.

The award, which is sponsored by the Detroit Free Press and the Metropolitan Affairs Coalition, is given to metro Detroiters who have spent their lives forging partnerships that have in some significant way improved the region.

Bagale received the Eleanor Josaitis Unsung Hero Award for his efforts and leadership of the Rouge River Gateway Partnership, which is credited with preserving the Rouge River, providing environmental restoration of the river and watershed, increasing recreational opportunities on the river, and creating economic development along its banks. Bagale also serves on many boards and committees in the community that help improve the lives of the residents of southeastern Michigan.

“Ed Bagale works tirelessly for the advancement of UM-Dearborn and the improvement of metropolitan Detroit,” said Daniel Little, chancellor of UM-Dearborn in an email announcing Bagale’s award to the campus. “He has great ideas and a knack for bringing people together for collaborative discussions, and he truly has the entire campus community in mind at all times. Ed's accomplishments have helped the university achieve and deliver on its commitment to metropolitan impact. Ed's leadership clearly qualifies him as an UM-Dearborn Difference Maker.”

In addition his work with the university, Bagale chairs the Henry Ford Hospital Board of Trustees and co-chairs the Rouge Gateway Partnership. He also serves on the boards of the Dearborn Community Fund, the Arab Community Center for Economic and Social Services (ACCESS), the American Arab Chamber of Commerce, the Ann Arbor to Downtown Detroit Rapid Transit Steering Committee and the Michigan Humanities Council.

If you would like to learn more about the award and award recipients, read the Detroit Free Press article and profile/video on Bagale.