The student organization name is the Casual Gaming Club. But — if you were listening as a pawn on the board — it’s anything but. Get a peek into their game nights. 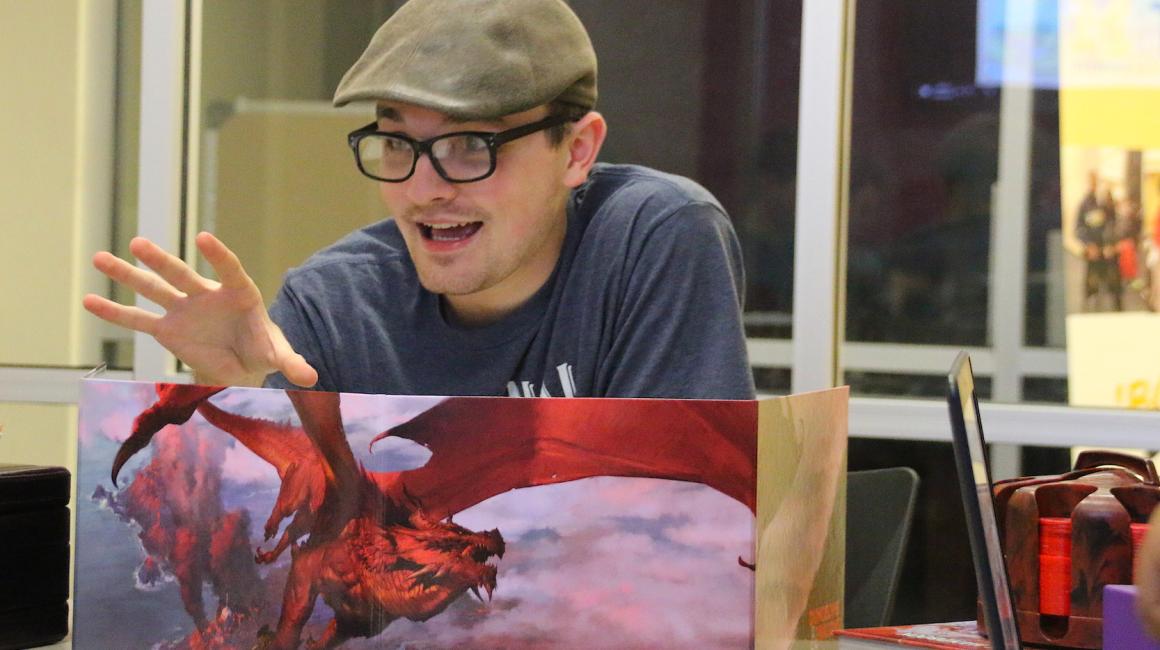 This article was originally published on November 12, 2019.

Rule books are on the table, pages feathered showing their frequent use. Pencils swiftly moved taking notes. A new student walks into the gaming room — where three games of the role playing classic Dungeons and Dragons were taking place — and was immediately asked an important question: “What level are you?” 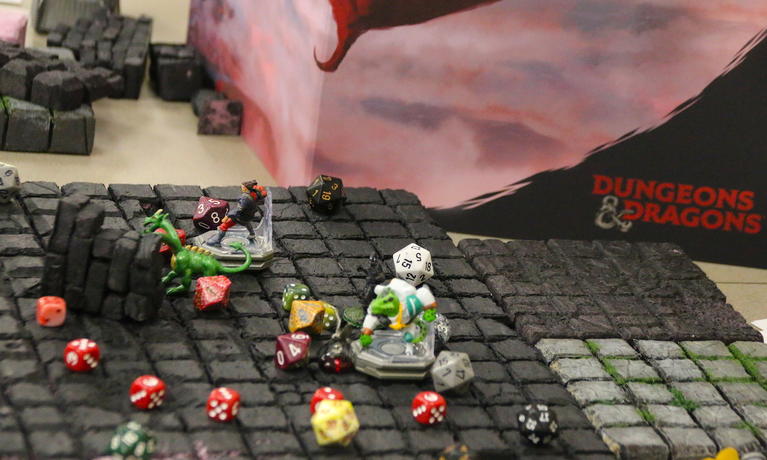 The group around the first table — all level 12 — deemed it was a match.  But as seriously as they all appeared to be taking the game, Casual Gaming Club President Andrew Novak says even if it wasn’t a fit, they would have helped the newcomer along.

“We are very passionate about playing — sometime peoples even come in costume to really get in character — but never at the expense of someone who is wanting to learn,” says Novak, a junior. “We are on a college campus, learning is what this is all about.”

The group spends the next five hours bonding over storytelling, some good-natured name calling and eating Doritos straight from the bag.

Standing to role the dice, Cavil’s “Criminal Justice Major By Day, Gamer By Night” shirt comes into view. It prompts the question: Does gaming tie into your education?

Novak says yes. There are ethics involved, which he says involves most majors. And during D&D play, the world he crafts as the Dungeon Master — who’s essentially the person who guides the game — has town hall judges who mediate player issues. “So you might preside over a trial. My criminal justice major is useful there. You can also throw lightening bolts. Not useful there, but fun.”

The UM-Dearborn Casual Gaming Club, which began in 2017, meets like this regularly. 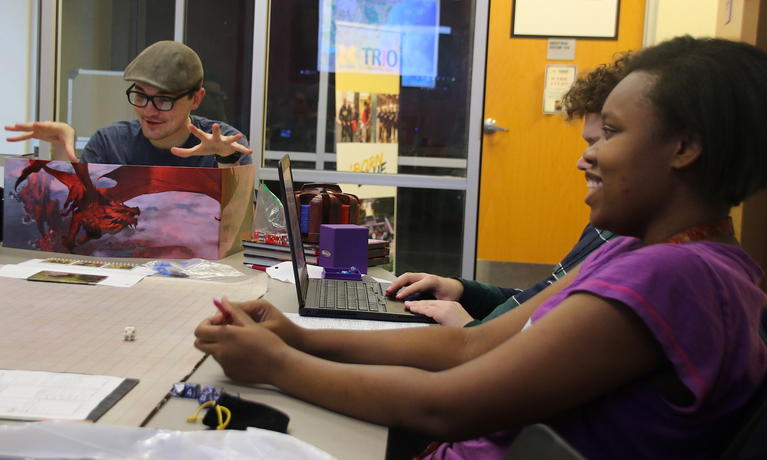 Every Thursday and Friday evening — Thursday is board game night and Friday is D&D — nearly 30 students sit across from each other in various areas of a large meeting room in The Union @Dearborn, ready for competition. And they play hard, sometimes loosing track of time. On a recent game night, CSC President Novak is heard politely apologizing to the apartment complex staff — he even called the young woman Ma’am in his apology — for going over the allotted room reservation time.

But how could you not? The club, which relies on donations and member sharing, has a variety of games you could dive into. There are classics like Scrabble, newer ones like the iOS-originated Ticket to Ride, and those with hand-painted miniatures (tediously done by club member Matt Brown) like Star Wars Armada. The past Thursday, Star Wars Armada has so many pieces that four 8’x10’ tables pushed together barely contained the board.

Sometimes members of UM-Ann Arbor’s Casual Gaming Club even travel east down I-94 for a seat at the table — over the summer the two campus clubs, which each started independently, incorporated — giving each group a chance of gameplay if they find themselves at a sister campus.

Novak says they are doing what they can to bring the love of gaming to whomever is interested; you don’t have to be a member to sit and play at their tables.

“It’s in our club constitution to be as inclusive is possible. We don’t want a lack of money or time to exclude anyone. Some people only drop in when they can or want,” says Novak, who mentions they have about 30 regular members. “Just be nice to people. We meet twice a week and the room is always full. I say operating this way works out pretty well.” 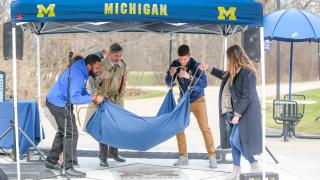