UM-Dearborn, the Mardigian Library and the Voice/Vision Holocaust Survivor Oral History Archive are sponsoring four events at the 59th annual Jewish Book Fair. The event runs from Nov. 1 through Nov. 14 at the Jewish Community Center in West Bloomfield. More information about the book fair will be posted at www.jccdet.org/bookfair/index.shtml

The following events will take place at the Jewish Book Fair:

Saturday, Nov. 6, 7:30 p.m.
The Mardigian Library is sponsoring a presentation by Ronald Florence, author of the book Emissary of the Doomed: Bargaining for Lives in the Holocaust, as well as the showing of the film Killing Kasztner. Florence will speak about his book which tells of the efforts of Joel Brand to save Hungarian Jews by negotiating with Adolf Eichmann to trade a million Jews for 10,000 military trucks. Killing Kasztner, directed by Gaylen Ross, is about the libel trial and political assassination of Rezso Kasztner, a Hungarian Jew who negotiated with Eichmann in an effort to save other Hungarian Jews. Some viewed him as a hero; others saw him as a traitor. The film follows his family and survivors who are determined to change Kasztner's legacy and clear his name.

Tuesday, Nov. 9, 11 a.m.
UM-Dearborn is sponsoring a presentation by Erna Gorman, author of While Other Children Played: A Hidden Child Remembers the Holocaust, along with Hank Greenspan, author of On Listening to Holocaust Survivors: Beyond Testimony. Gorman's memoir was published by UM-Dearborn in the spring of 2010 and was a collaborative effort between the Voice/Vision Archive and Mardigian Library.

Tuesday, Nov. 9, 1 p.m.
The Voice/Vision Holocaust Survivor Oral History Archive is sponsoring a presentation by Sheila Isenberg, author of Muriel's War: An American Heiress in the Nazi Resistance. Muriel Gardiner was born into the wealthy family who owned Chicago's Union Stockyards, famously depicted in Upton Sinclair's The Jungle. Rejecting her family's greed and values, Gardiner developed humanistic values that became the foundation for her life-long political and social activism. Gardiner saved hundreds of Jews during the Holocaust. Her legacy includes a large foundation that supports civil rights, arms control, birth control and environmentalism.

Tuesday, Nov. 9, 6:45 p.m.
The Voice/Vision Holocaust Survivor Oral History Archive is sponsoring a presentation by Dan Porat, author of A Boy: A Holocaust Story. Porat takes a famous photograph from the Holocaust and reveals the stories of the individuals, both Jews and Nazis, associated with the photo. 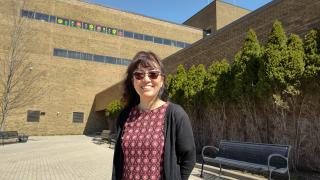 The new director of the Mardigian Library, Jean Song, talks about the role libraries can play in supporting research, developing students into citizens, and helping us all survive the disinformation age.... 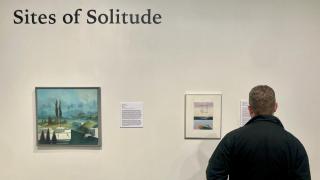 Reflecting on life through art

The new campus exhibition “Picturing Places and Spaces” features artworks spanning several centuries that are brought together to reflect on the respite the outdoors has offered during the pandemic....
08/30/2021

A SURE thing: Guided education for the future