Before Marilee Benore was a professor, she was a girls’ basketball coach, a feminist newsletter editor and domestic violence shelter advocate.

These experiences — along with the low female representation she saw while in graduate school and while working as a chemist in a plant — shaped her into the educator she is today.

“I want to ensure that girls are encouraged to enter STEM (Science, Technology, Engineering and Mathematics) careers,” said Biochemistry and Biology Professor Benore, who began getting involved with female support and empowerment work while earning her bachelor’s degree at a Catholic college in Northern Kentucky. “Women had taught most of my math and science all the way through my undergraduate degree — even the chair of the chemistry department was a nun. I was stunned when I arrived at graduate school and discovered most of my peers were men.”

Benore began serving as a scientist role model to young women and girls early in her academic career. It’s one of the reasons she chose to come to UM-Dearborn in 1989. With the smaller class sizes, Benore knew she’d have the opportunity to directly mentor undergraduate students.

“In my journey, I’ve learned that opportunity doesn't exist for everyone. I wanted to ensure that girls and women had access to STEM careers.”

U-M is recognizing Benore’s mentorship and inclusive practices by honoring her with the Carol Hollenshead Inspire Award for Excellence in Promoting Equity and Social Change. The award is named in honor of former Center for the Education of Women (CEW) director Carol Hollenshead, who had a 20-year tenure with the U-M organization.

In addition to Benore, two U-M faculty members, one student-led group and a staff-led group will be acknowledged at the virtual CEW+ Advocacy Symposium on Sept. 28. Activists, advocates and allies can register for the free event here.

Benore’s been dedicated to encouraging and supporting women in STEM for decades. For her work, U-M honored Benore with the Sarah Goddard Power Award in 2004; Benore later became active and co-chaired the awards for many years with the U-M Academic Women’s Caucus and in partnership with CEW+.

Highlighting some of Benore’s advocacy work on campus: She organized and ran a Girl Scouts STEM summer camp, advised the UM-Dearborn chapter of Women in Leadership and Learning, team-taught with colleagues in the Women and Gender Studies program, mentored scores of students in her lab, and more.

Now Benore plans to expand upon that and inspire others by sharing their stories of resilience and success.

She’s currently conducting oral histories and surveys worldwide in search of stories that will resonate and provide navigation to those who need a path through challenges. In connection with the CEW+ event, Benore shares more on this new focus in a lightning talk workshop.

“Some people require a roadmap, and some people just need roadside assistance. I wish to share the stories to support women on their journeys to success,” she said. “Over time I’ve realized that I no longer wanted to focus on obstructions but to research the successful traits, experiences, and choices of women in STEM. What made women resilient and successful in spite of obstructions? What motivated them? Humans learn from stories in which they see themselves or the struggles of someone else.”

Benore said life experiences and support she received from her family, educators and others in her formative years helped lead her to where she is today. And she wants to be that support for others in any way she can. 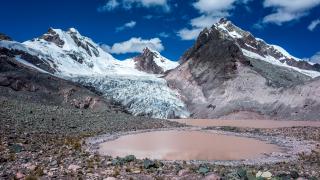