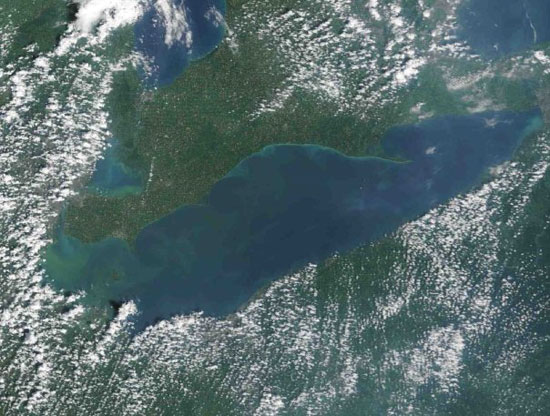 For past few years, highly dense blooms of the toxic algae Microcystis have been observed in the western basin of Michigan's Lake Erie from mid-summer until early fall.

These algae blooms, or dense accumulations of cells, become so concentrated that they are easily seen by airplanes and satellites, according to Michael Twiner, assistant professor of biology at UM-Dearborn. 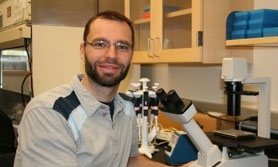 Twiner has been studying the blooms as part of a joint research project among UM-Dearborn, the University of Tennessee and the University of Plymouth in the United Kingdom that is investigating the effects of these toxic blooms of algae on channel catfish, a commercially important fish species.

Twiner's colleague, microbiology Prof. Steve Wilhelm of the University of Tennessee, will visit UM-Dearborn to discuss the project in more detail during a Natural Sciences Colloquium at 3 p.m. on Friday, Oct.1 in Room 1010 of the Science and Learning Research Center.

"What makes Microcystis toxic is that it produces small amino acid toxins called microcystins that primarily attack the liver," Twiner said. "And what I didn't realize going into this project was that channel catfish represent a $2 billion a year industry in the United States. This is almost 70 percent of all U.S. aquaculture production. Any effort to keep this aquaculture industry viable is certainly needed."

Funded by a grant from the Environmental Protection Agency and National Oceanographic and Atmospheric Administration's Ecology and Oceanography of Harmful Algal Bloom program, the joint project is examining the effects of Microcystis and microcystin on zebrafish and catfish gene expression profiles in an effort to better understand the toxicological effects of these exposures on fish populations.

However, what they saw in zebrafish really surprised them. "We expected to primarily see gene expression effects that were indicative of liver damage and stress response," Twiner said. "Although these were clearly present, we also witnessed genes being turned on that suggested feminization of the larval fish."

The potential impacts of these findings on wild fish populations are dramatic, according to Twiner.

"Many people are familiar with anthropogenic or human-made estrogens such as dioxins and DTT, but no one has really ever considered the potential of 'phytoestrogens' coming from these algal blooms. The impact that these may have on natural fish populations would be dramatic."

Twiner and his colleagues are continuing to use both catfish in the laboratory and fish caught in the western basin of Lake Erie during these massive algal blooms to see if these same responses are observed. In meantime, these findings open up new lines of thought and concern for organisms that live in lakes where Microcystis is present. 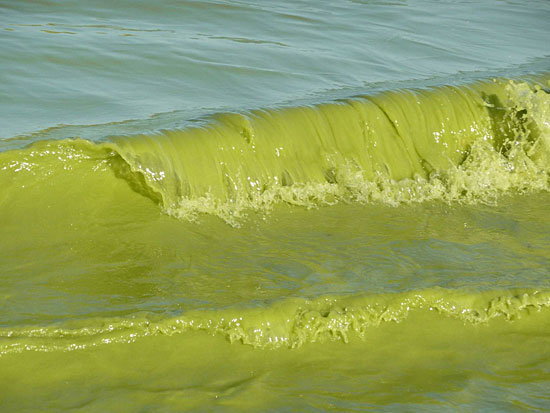 Up close view of a dense bloom of toxic Microcystis washing up on shore (Photo credit: T. Archer).