UM-Dearborn’s new Stamelos Gallery Center, which opens Friday, boasts the look and feel of a modern art venue. But it’s the backend amenities that make this a turning point for the university’s arts scene. 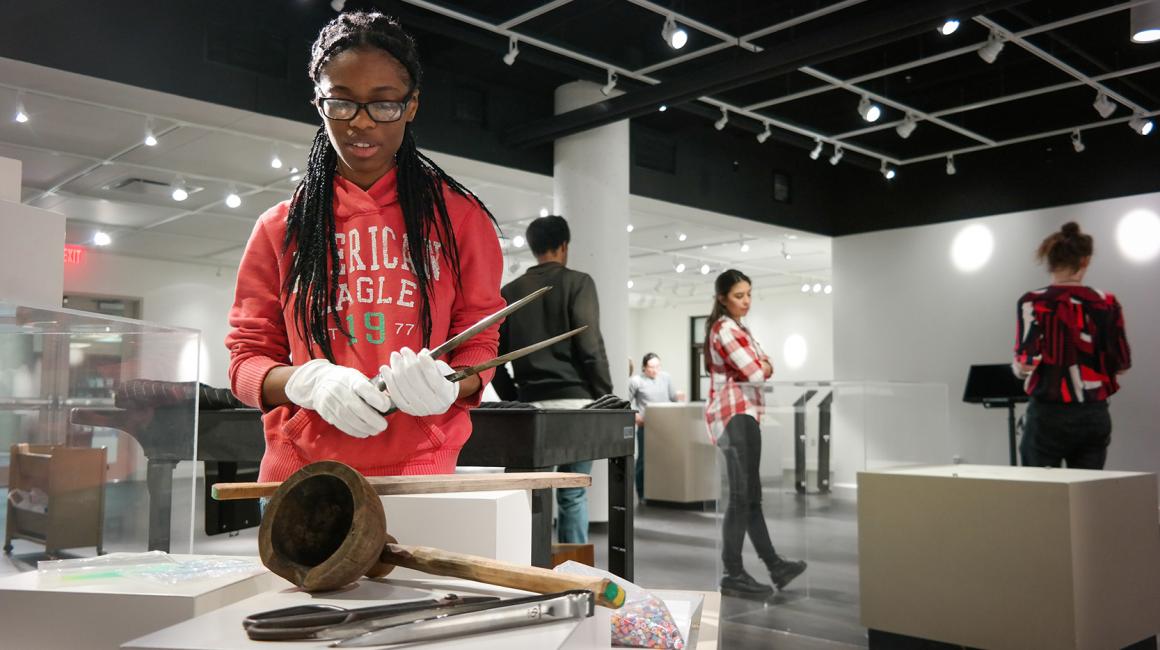 Associate Professor of Art History Diana Ng said viewers might be a little surprised by some items in the Stamelos Gallery Center’s debut exhibit, “The Art of the Everyday: Objects from Ancient Daily Life.” Typically, the kinds of ceramics, dinnerware, symbolic votives and other common items that make up the heart of the show are considered more archaeological artifact than art. And some of the objects, she said, are borderline “ugly.” Really. The 2,000-year-old ceramic jug in the form of the head of Dionysus, on loan from U-M’s Kelsey Museum of Archaeology, was featured as the museum's “ugly object of the month” back in 2018.

So what are audiences to make of their encounters with these humble, imperfect everyday objects? Ng said there are plenty of interpretive leaping off points for the student-curated show. The Dionysus ceramic, for example, is an interesting example of a Greek god showing up in early Hellenistic Egyptian culture; while other objects might inspire modern reflections about the mass-produced items that fill our own homes.

“For the students, one of the big questions revolved around technology,” Ng said. “When you strike a coin individually on an anvil, there are going to be irregularities. Today, with our modern quality control standards, an object like that would probably be rejected. But perhaps that’s just a modern expectation, and ancient users of the objects had a different mentality. So this exhibit gives us a window into changing perceptions of what an acceptable mass-produced item can be.”

It’s the first show at the new gallery, but it’s indicative of the broad new frontiers the space promises to open up at UM-Dearborn. In fact, Art Curator and Gallery Manager Laura Cotton said hosting this show would have been impossible before the Stamelos. To borrow things like antiquities, museum lenders have very strict climate control requirements in order to prevent the degradation of sensitive pieces. And because UM-Dearborn never had a space that could accommodate those needs, Cotton said the university has typically been limited to exhibiting artwork from the past 75 years.

The Stamelos, however, has all the amenities modern lenders are looking for — including full climate controls, improved security and adjustable LED lighting to protect especially sensitive materials. “We can borrow from the Detroit Institute of Arts or the Art Institute of Chicago now,” Cotton said. “I don’t think it’s overstating things to say that this opens up a whole world of possibilities.”

Ng said it also opens up big new opportunities for her students. Curating and staging “The Art of the Everyday” is the capstone project for students in the Museum Practice Seminar course that’s only offered every few years. This year, with the perks of the new gallery, the students were able to experience an end-to-end process that Ng said closely mimics the way things work in the wider art world.

“I think one of my favorite moments was watching the students during the handling sessions at the Kelsey,” Ng said. “They got to put on gloves and literally hold these centuries-old objects. You see them making the direct connections with these items when the experience is so tactile and personal. Then, to be able to bring these objects to our campus and stage the exhibition makes this a really unparalleled opportunity for experiential learning. And it’s something that’s only possible because we have a gallery which is absolutely state-of-the-art.”

The Stamelos Gallery Center was made possible with a gift from longtime supporters of UM-Dearborn’s arts community Electra and William Stamelos. Electra was a longtime faculty member in the art department. “The Art of the Everyday: Objects from Ancient Daily Life” features items from the Kelsey Museum of Archaeology, as well as glasswork from the Toledo Museum of Art and UM-Dearborn’s own collection. The exhibit opens Friday, April 26, with a reception from 5 p.m. to 7 p.m. A fall grand opening party for the gallery is scheduled for September 12. More info at library.umd.umich.edu/stamelos. 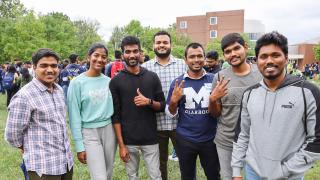