UM-Dearborn again rated among the best regional universities in the Midwest by U.S. News & World Report 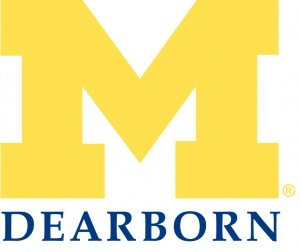 The University of Michigan-Dearborn again was ranked sixth among master's level public universities in the Midwest in an annual guide to American colleges published by U.S. News & World Report. UM-Dearborn was the highest-rated, regional public university in Michigan on the list and ranked 33rd among all regional universities in the Midwest. This marks the tenth consecutive year that the university was rated as one of the region's best.

UM-Dearborn’s College of Business (COB) and College of Engineering and Computer Science (CECS) also were ranked on program specific lists.

For the 15th consecutive year, UM-Dearborn’s College of Engineering and Computer Science (CECS) again was rated among the top ABET, Inc. accredited undergraduate engineering programs in the country among schools whose terminal degree is a bachelor’s or master’s with few, if any, doctoral programs. UM-Dearborn began offering doctorate programs in 2009. “CECS is honored to again be highly rated by U.S. News,” said Tony England, interim dean, CECS. “To be one of two schools in Michigan on this list speaks highly to the quality of our faculty, students and research facilities.”

The rankings, which were released online this week at www.usnews.com, will appear in the magazine's annual guidebook to America's Best Colleges, which will be on newsstands Sept. 28.

In the magazine's ratings, UM-Dearborn is compared with other public universities that offer a full range of undergraduate and master's degree programs, but few or no doctoral degrees. Those institutions are rated by region because they tend to draw students from their surrounding areas, according to U.S. News. The magazine said it bases its overall rankings “on quantitative measures that education experts have proposed as reliable indicators of academic quality.” Their rankings of engineering programs are based on a peer survey of deans and senior faculty members at schools around the country. For more information on how U.S. News ensures the accuracy of the rankings visit www.usnews.com/collegemeth.

FacebookTwitterLinkedIn
University-wideCollege of BusinessCollege of Engineering and Computer Science

Wellness for body and mind

Free counseling services and live stream exercise sessions are some of the upcoming MHealthy offerings to help you connect with healthy activities for your body and mind.

UM-Dearborn’s counseling director explains why Zoom therapy isn’t as popular as you’d think but easy-to-access wellness activities are booming.
Subscribe to the Reporter
Back to top of page