The 2022 Campus Climate Survey provides refreshed data to learn about the campus' population and needs. 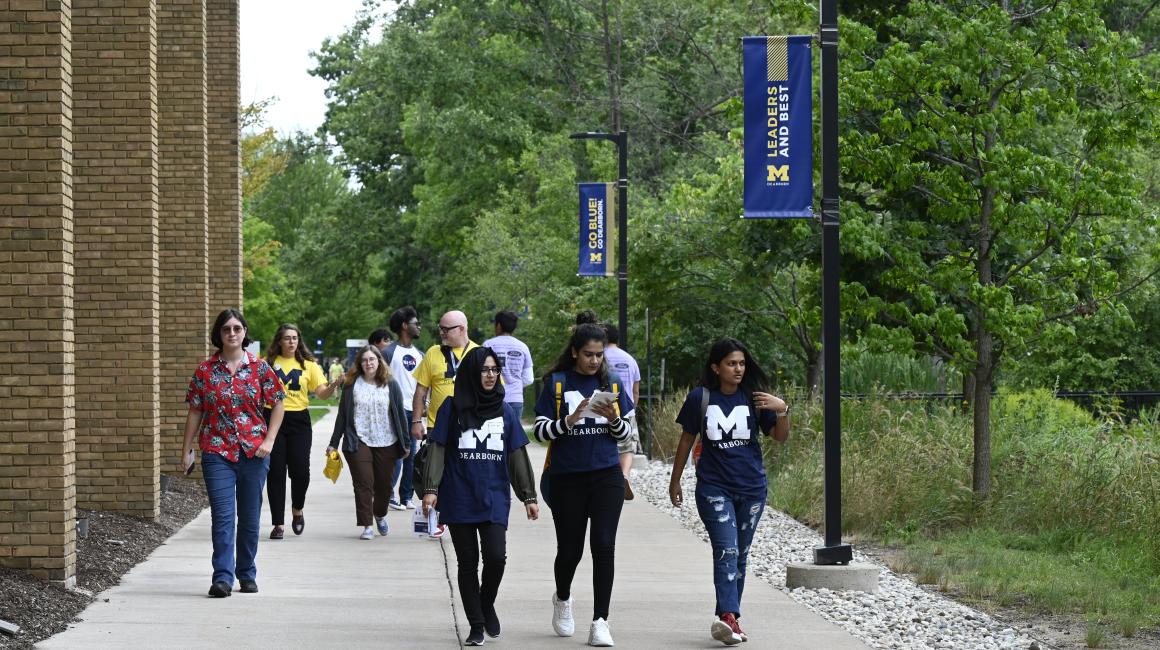 The campus community is speaking up — and the voices are more diverse.

UM-Dearborn partnered with SoundRocket, an independent third-party research and survey methodology company, to administer a diversity, equity and inclusion climate survey in January 2022. This is the second campus climate survey; the first occurred in 2017.

While the 2022 and 2017 surveys are not longitudinal — different people took the survey each time — the community members taking the survey in 2022 had more identity diversity than in the 2017 survey.

For example, more LGBTQ+ identifying students, faculty and staff participated in 2022 — the numbers doubled among staff and tripled among faculty and students. In addition, a greater number of students and faculty who identify as Asian American/Asian/Pacific Islander responded to the survey, as did students who identify as Middle Eastern/North African.

“It’s really positive that these numbers increased. But it’s also important to note that the survey tells us what, but doesn’t tell us why,” said Equity, Civil Rights and Title IX Office Director and Title IX Coordinator Pam Heatlie. “In terms of increased diversity of survey respondents, I hope it’s because collectively we’ve furthered the  environment in which people feel comfortable sharing their identities and welcome sharing their experiences. But this survey tells us what people report as their experiences, yet doesn’t give us the why — those answers will need to come from later work that stems from the survey results.”

Students also indicated that they have often/very often have meaningful interactions at UM-Dearborn with “people whose religious beliefs are different than your own” (64.7%) and people “who are a different race or ethnicity other than your own” (72.6%).

The results of the 2022 Campus Climate Survey offer refreshed data to learn about the campus' population and needs. Leadership said the results give UM-Dearborn data to evaluate and improve programming and practices on a systemic level.

“One of the most powerful aspects of climate surveys is that they can raise awareness and start conversations,” said Chief Diversity and Inclusion Officer Keisha Blevins, who said leadership is exploring the possibility of doing climate surveys more frequently. “Now that we have the data, our next steps will be to gain a better understanding of what the results mean by engaging the campus community in a series of focus group conversations.”

Blevins said there will be a series of focus group discussions for faculty, staff and students with the goal of better understanding the various experiences of the members of the UM-Dearborn community. “It is important that we do not consider the survey results in isolation, we have to consider them in the broader context of all of the university’s initiatives and efforts, current and future, to create an inclusive and equitable learning, working and teaching environment.”

While diverse identities among the respondents and data regarding meaningful interactions are positives, there is other data that deserve deeper analysis.

Survey responses show that UM-Dearborn is generally rated as a “respectful,” “friendly” and “welcoming” place. Even so, when survey respondents were asked about their satisfaction with the overall campus climate during the 12 months preceding the survey, their responses were lower than one would expect given responses about individual aspects of our campus climate.

The university is considering ways the broader societal context may have contributed to the responses about overall satisfaction. For example, survey respondents were asked to reflect on the 12 months prior to the survey’s January 2022 launch. Influencing factors could include unprecedented elements of COVID-19, the racial reckoning in the United States that was sparked in 2020, and local and national political divisiveness and unrest.

“This is not to diminish results, but to put them in context,” Heatlie said. “It was taken in January 2022 as we were seeking to return to on-campus after an extended period of challenges, like needing to adapt to new technology and modalities quickly, working and learning remotely where there may also be childcare and other family responsibilities, pandemic health concerns and more.”

Other survey findings include:

Now that campus leaders have the survey data, future steps include considering whether more information is needed to understand the responses and what action may be appropriate to ensure the UM-Dearborn community is equally respectful, welcoming, inclusive and supportive for students, faculty and staff.

You can view the survey here.