Can we beat cheating through better teaching?

Instructors are finding that many of today’s en vogue pedagogical reforms may also be the key to reducing academic integrity violations.

Associate Provost for Graduate, Global, and Digital Education Ilir Miteza says that, in some respects, cheating in higher education hasn’t changed much in the 40 or so years that researchers have been studying the problem. As in the 1970s, currently about two thirds of people say they’ve cheated at least once in their undergraduate careers. The methods today’s students are using to cheat, however, offer clear points of contrast. Technology is no doubt the biggest factor. Techniques like discreet use of smartphones or wireless headphones that read back notes during an exam are just the start of it. Nowadays, there are entire online communities where students can connect with others, often in real-time, to get “help” with assignments and exams. Selling research papers, essays or coding work has become its own small industry.

Miteza says one approach to countering this trend is better policing and stiffer sanctions, but such tactics can only take you so far. An alternative approach that's gaining momentum in higher ed is to actually try to do something about the root causes of cheating, or at least aspects of the academic environment that might be unnecessarily nurturing it. But it involves questioning durable images of cheaters as bad people who are doing bad things. For sure, when such a large majority of people admit to cheating, it’s not such a leap to think that any of us could be tempted, under the right conditions.

So what are those conditions? Miteza says we've started to develop a clearer picture in recent years, in large part due to the research of scholars like James Lang, who led a forum on the topic at UM-Dearborn back in 2018.  He says Lang’s core idea is that a lot of cheating behavior grows out of what he calls the “preparation gap.” “This is the gap between how prepared I feel and what the exam or course is requiring of me,” Miteza explains. “The wider that gap, the more hopeless the student feels and the more likely they are to resort to some unethical behavior.”

This view recasts cheating as a kind of stress response to environmental conditions, and as such, reveals some interesting remedies. If we could, for example, find ways to reduce the pressure students feel in their learning experiences, could we depress their perceived need to cheat in the first place? Miteza says there’s no clearer case of this kind of reform than getting rid of high-stakes exams. Having a final grade largely determined by one or two assessments is bound to push some students into a kind of panic that triggers them to seek “the wrong kind of help.” Moreover, Miteza says there’s no proven academic advantage in using make-or-break tests. By replacing them with lots of smaller-stakes assignments and assessments, you can still do evaluation, while creating a lot less pressure. There’s even evidence that it’s a better way for students to learn.

Similarly, we can undermine cheating by making learning experiences less focused on content reproduction and more on “higher forms” of learning like analysis, evaluation and creation. “What happens if instead of giving you a multiple choice test that means nothing to you and that measures merely if you can reproduce content, I gave you a more authentic assignment that’s personalized to your specific passions and interests?” Miteza says. “And what if you were encouraged to show off your work in a ‘messy’ form, while you’re working through the challenges — instead of just turning in a finished assignment? That is an authentic learning experience that reflects how the world actually works, and it increases motivation among students.” Importantly, Miteza adds, it’s also far more challenging to cheat on a highly creative, individualized assignment than a one-size-fits-all multiple choice exam.

Current Faculty Senate Chair and veteran computer science professor Bruce Maxim is among those who’ve been adopting such reforms in the classroom. He’s actually been a longtime proponent of building courses around authentic learning experiences, giving students project-based work that’s tailored to their individual interests and skill levels. But more recently, he’s also gotten rid of paper exams, which he says he was using mainly to check if students were reading the textbook. Now, instead, he gives them many smaller “critical review assignments,” which ask them open-ended questions about the reading for a particular class period.

“They’re questions like, ‘What did you find interesting in today’s chapter and why?’ Or, ‘What are the broader issues implied by the reading?’ Or, ‘What did you agree or disagree with in the text?’ It takes a couple weeks, but the students get the idea that we’re really looking to hear what they think, not regurgitate the textbook,” Maxim says. “You want them to read the textbook before they come to class, not the night before the big exam, so it can support the active learning things you’re doing in the classroom. This is a more effective way to do that. And obviously it’s a lot harder to copy off your neighbor if we’re asking them for an original response.”

Maxim also uses flexible deadlines. He accepts work on any assignment right up until the end of the semester and subtracts only a percentage point per week for lateness. He also allows students to resubmit work, “charging” them only a point for regrading. The idea is that lower penalties lower the pressure — and it encourages students to master material by taking multiple cracks at it. “Students are not as likely to cheat if they don’t have the impression that if they don’t turn something in on Friday at 10 o’clock, they're going to fail the course. That kind of pressure really makes them want to cheat.”

Provost Sue Alcock says these kinds of approaches offer a lot of promise — both for improving learning experiences and for reducing academic integrity violations. But she also sympathizes with faculty who may find it daunting to completely redesign a course, or who teach subjects where content mastery is still a crucial component of learning. “In some fields, especially in some STEM subjects, this might be a heavier lift,” Alcock says. “But even in those areas, we’re seeing a lot of creativity at work, as Bruce and others on our campus can demonstrate. So I believe this is the future. Pedagogy and assessment have changed over the centuries. We don’t teach and test people the way we did a hundred years ago. We have to continually reassess what works for our current student population and the world they live in. Why insist on prioritizing rote memorization when you have the resources of the internet? What we need instead to be teaching is the ability to critically assess and employ the vast quantities of information and data we now have so readily at hand. Those are the kinds of things we in higher education need to be thinking about. But that is going to be a longer-term, not an overnight, process.”

Even so, Alcock and Miteza agree that current events could speed up that evolution. The quick pivot to remote learning ushered in by the pandemic coincided with a spike in academic integrity violations at colleges and universities nationwide. And that has led many faculty who were previously reluctant to adopt such reforms to explore new ways of structuring courses and assessments. Alcock and Miteza say the university has responded to this surge of interest with all kinds of resources, from faculty town halls on digital learning, to bolstering UM-Dearborn’s Hub for Teaching and Learning Resources, to allocating CARES Act funding to help faculty purchase the technology they’ll need to execute fully developed online courses.

“COVID has accelerated so much learning, and this is one way it’s accelerated our institutional learning,” Miteza says. “And I’m hopeful that many of these very positive changes it is forcing us to make will outlast the pandemic.” 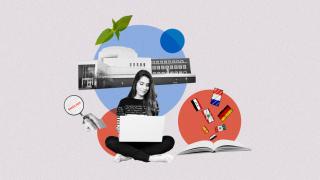 At the June 16 meeting, the Board of Regents approved UM-Dearborn business, which includes the approval of the new budget, Professor Qiang Zhu’s reappointment as the CECS Computer Information and Science department chair, and retirement memoirs.... 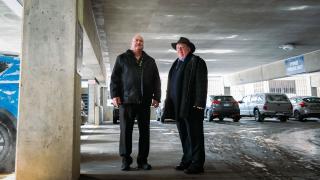 Colleagues share their memories of the veteran facilities director who died earlier this month at age 62....