Students of color are disproportionately misidentified with learning disabilities and behavioral disorders, often altering the course of their lives. A UM-Dearborn professor is trying to help teachers be part of the solution. 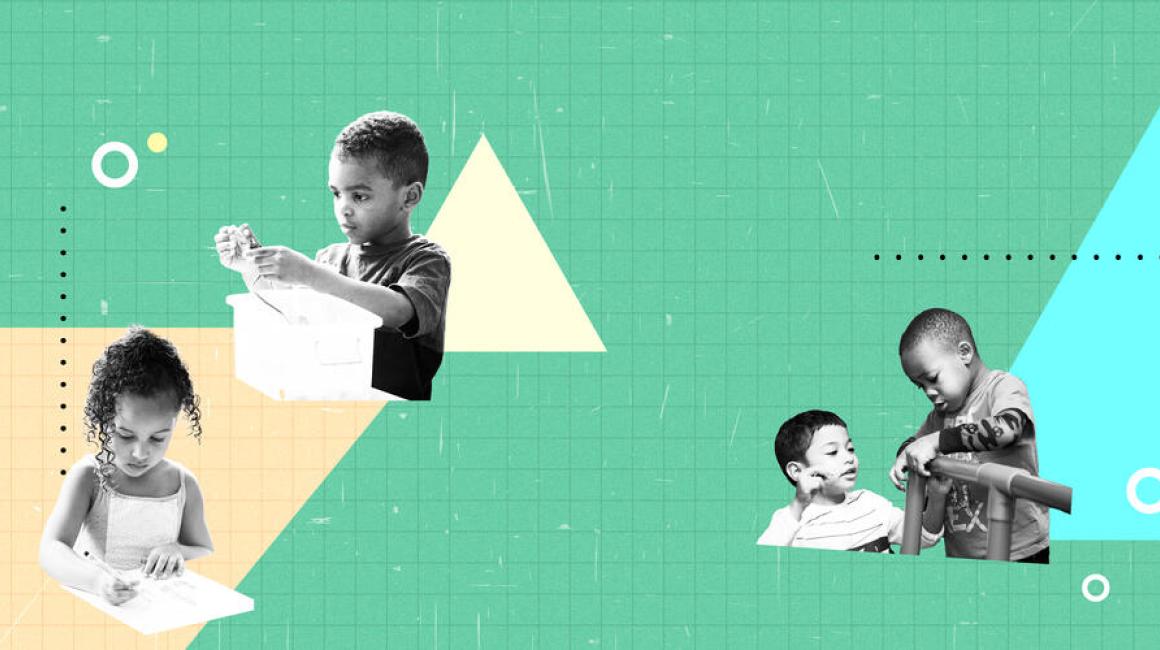 In an ideal classroom for early learners, UM-Dearborn Education Associate Professor LaShorage Shaffer says difference and diversity would play a key role. Students from a range of cultural and racial backgrounds would have a chance to play and learn together and, along the way, develop a natural enthusiasm for their affinities and differences. In less demographically rich communities, teachers might work hard to fill the gap with well-stocked classroom libraries and a curriculum for teaching kids about all kinds of people, including those with disabilities. Knowing that children are coming in at different stages of social development and with a range of pre-classroom experiences, teachers would also accommodate various learning styles and levels of energy. Kids likely wouldn’t be expected to sit all day in neat rows of chairs and desks. And questions, even ones that are a little tangential, would be encouraged. Most important of all, teachers would spend time getting to know each child, their personal background, and their families, and use that knowledge to inform judgments about any behavior they think might warrant some extra attention. Teachers, in fact, would spend a little time each day reflecting to make sure their perceptions about students aren’t being informed by social bias or their own personal ideas of what’s “normal.”

Needless to say, this is not a description of most American classrooms as they exist today. Social differences, and racial ones in particular, are indeed embedded into the public education system, but not generally in a beneficial way. Race’s throughline in American education is still mostly one of bias and inequity, especially for African American students. Black students are twice as likely to attend high-poverty schools compared to white students. They also face staggering differences when it comes to discipline. Black children are up to four times more likely to be suspended than white children — and more than three times more likely to be arrested at school. Race even permeates deeply into special education, a nexus which Shaffer has spent a good chunk of her career studying. She says Black students are particularly vulnerable to being misidentified for a special education need — being twice as likely as their white peers to get labeled with an intellectual or emotional disorder in childhood.

This misidentification of disability can often have lifelong impacts. “Let’s say you have been identified as having a disability at age 3, you’re not going to get retested until kindergarten,” Shaffer explains. “Then, if you don’t ‘pass’ that test, a student may not get reevaluated for another three years. By that time, a disability may be part of the student’s identity. They may act — and they may be treated — as if they have a disorder, even if that’s not the case. The whole situation becomes a self-fulfilling prophecy.”

The reasons why Black children (and other children of color) are being disproportionately misdiagnosed with learning or behavior disorders are numerous, complex and often systemic. For starters, Shaffer notes that there’s a historical and still-durable view in this country that Black people are “cognitively substandard,” which results in everything from teachers having lower expectations for Black students to more frequent and severe discipline for perceived “challenging behavior.” There is also a growing body of research on test bias, a phenomenon in which special education assessments implicitly favor Eurocentric language and culture. But as a researcher, Shaffer is particularly interested in some of the subtler forces at work, specifically how bias shapes classroom interactions between teachers and students. To take a scenario she’s witnessed in her own observations of real classrooms, you may have a Black student and a white student both interjecting with frequent questions. But the Black student’s behavior is viewed as “challenging,” while the white student is seen as engaged and inquisitive. “The Black student may even notice the white student getting positive feedback from the teacher. And even though he’s receiving a different response, he’s going to keep trying —  and continue getting in trouble for doing exactly the same thing as another student,” Shaffer says.

Shaffer says classroom interactions like this could ultimately lead a teacher to recommend special education testing, putting the student a risk for misidentification. And it could be the same for a host of other innocuous behaviors. A young student showing up to preschool struggling to use scissors could be taken as evidence of a learning delay. A behavior disorder could be suspected for a child with no prior classroom experiences who has some initial trouble sharing the wealth of toys and art supplies suddenly surrounding them. A child who has difficulty holding it until a sanctioned bathroom time could become a candidate for testing. “The fundamental challenge is we’re increasingly asking kids to show up to school with a full suite of social skills, and not all children are there by age 4,” Shaffer explains. “As teachers, we need to realize not every child has been in preschool since 6 months and was read to every night. We continue to develop based on what experiences we’ve had and every child’s experiences are different. My not knowing how to use scissors may be because no one showed me how to use them at home. And maybe I can’t hold my bodily fluids because, at home, I could use the bathroom any time I needed.” The point is, these aren’t necessarily signs of a learning disability or behavior problem, Shaffer says.  But the risk that they may be assessed as such is much higher for Black students.

Such issues may also be exacerbated by demographics. Early childhood education is predominantly a white female profession, and Shaffer says teachers may simply lack experiences interacting with students with language or cultural practices different from their own. The risk is that behaviors outside that teacher’s own norms could be viewed as challenging. But Shaffer is far from a pessimist when it comes to teachers; quite the opposite, she trains teachers for a living, after all. And given that they’re often the frontline person from whom a special education assessment recommendation originates, teachers can be a big part of the solution. Some of Shaffer’s latest work, for example, is focused on developing a suite of practical tools teachers can use to check for implicit bias, make fact-based judgements, and meaningfully promote diversity in their classrooms. One strategy involves tracking classroom interactions with students on the day-to-day, giving teachers real “data” to review for possible bias. Shaffer says this could be as simple as picking five students a day, and keeping count of how many positive interactions they have with those students. To get a little deeper, teachers could keep a journal documenting challenging interactions to see if they’re treating some students differently. She also recommends teachers occasionally ask an administrator or colleague to observe their classroom, to catch things not so easily revealed by self-reflection.

Another practice: Shaffer says teachers should “collect their own data” about their students' backgrounds. “I’m not saying to discount any previous documentation of a child’s history — that’s important, especially in special education. But you need to also collect your own observations. Research is showing us that you can’t take everything that’s previously said about a child as fact, because much of that may be based on the child’s relationship with a previous teacher, and that may not have been a good one. And we absolutely need to move past the rumors about a child or a family when they come to our classrooms, and evaluate the child’s potential independently, while checking ourselves for bias.”

Teachers can also be much more active about promoting diverse perspectives in their classrooms. On this front, Shaffer is a big believer in thoughtfully curated school and classroom libraries that don’t just rely on recommendations from the big publishers, which are overwhelmingly white and produce stories mostly about white children or families. “It takes some extra effort because offerings from smaller publishers that are highlighting stories about people of color generally don’t show up in your mailbox on glossy promotional fliers,” Shaffer says. But today’s wealth of independent publishers means teachers and school librarians now have no shortage of quality options when it comes to stories representing the full range of humanity. Moreover, the payoffs can be widespread. On the one hand, children of color can see themselves represented in stories, which Shaffer says helps kids imagine a range of possibilities for their own futures. And even in communities that are overwhelmingly white, diverse literature — if it’s actively taught, and not just included on a bookshelf — can introduce white children to other cultures, helping them develop interest in and respect for people who are different from them.

Shaffer, in fact, is lending her own effort to this cause. Her latest research is looking into ways children’s literature can be used to help kids develop positive views of one of the groups most underrepresented in school libraries: students of color with disabilities. Thankfully, because of the hard work of new authors, the literature exists. (She’s already keeping a book list). It’s now just a matter of making such inclusivity a routine part of the American classroom. 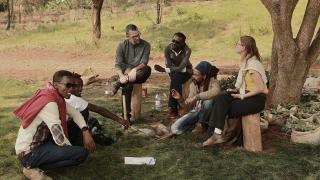