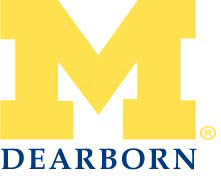 Student engagement on- and off-campus is a pillar of UM-Dearborn's Metropolitan Vision. The expansion of the campus's athletics programs in the next two years aims to play a key role in increasing student engagement, both academically and socially.

In fall 2012, men's soccer will come to campus as a varsity sport, with UM-Dearborn's current club soccer coach, Mike Hatfield, leading the program. Four years ago, Hatfield was recruited to establish UM-Dearborn's club soccer program and has been with the University ever since.

A vibrant student life is a priority for the Office of Enrollment Management and Student Life (EMSL) and the University as a whole, according to Stanley Henderson, vice chancellor for EMSL. He said the growth of UM-Dearborn's athletics programs will be vital in increasing enrollment as well as engaging and retaining students.

Steven Rotta, director of athletics at UM-Dearborn, said he's excited about the coaching choices and looks forward to having Hatfield and Shaw inaugurate the new varsity programs. "These guys really love their sport and want to help the students grow," he said.

Shaw, a former standout runner at Siena Heights University and Eastern Michigan University, hopes to guide the Wolves into becoming one of the premiere varsity cross country teams in the Wolverine-Hoosier Athletic Conference and the National Association of Intercollegiate Athletics.

A native of Manchester, England, Shaw immigrated to the U.S. on a scholarship as a distance runner. He earned All-American status while running at Siena Heights, and was coached by legendary collegiate coach Bob Parks while at Eastern. Shaw has coached at Livonia Ladywood, University of Detroit Jesuit High School, Plymouth High School and Marygrove College.

In preparation for varsity soccer in 2012, Hatfield plans to spend a lot of time studying teams currently playing in the WHAC, and will focus heavily on recruiting new players for the team, and in turn, new students for the campus.

Hatfield, who holds a National "C" U.S. youth soccer coaching license, began playing soccer at age 5. He later coached youths in the Clinton Soccer Club before landing junior varsity and varsity coaching jobs at Ypsilanti-Lincoln Consolidated and Southgate Anderson high schools. In addition to his duties at UM-Dearborn, he currently serves as director of Michigan Rush Soccer Downriver, a program he's been with for the past four years, and coaches at Riverview Gabriel Richard as head coach of the Girls Varsity Soccer Program.

UM-Dearborn will still maintain its club teams in both cross country and soccer for students who want to play those sports on a less competitive level.

The City of Westland and UM-Dearborn are banking on a pairing of sports and technology to keep young women dreaming big about STEM....
03/18/2019

Basketball helped the third-year coach find success as a youth; now he’s working to do the same for his players. ...
06/18/2018

The university recognized the six inductees during a June 14 ceremony...