There’s a six-passenger vehicle in the Institute of Advanced Vehicle Systems’ hi-bay area to which students are applying systems —like optical cameras, perception systems and a super computer “brain”—to give it an autonomous makeover. 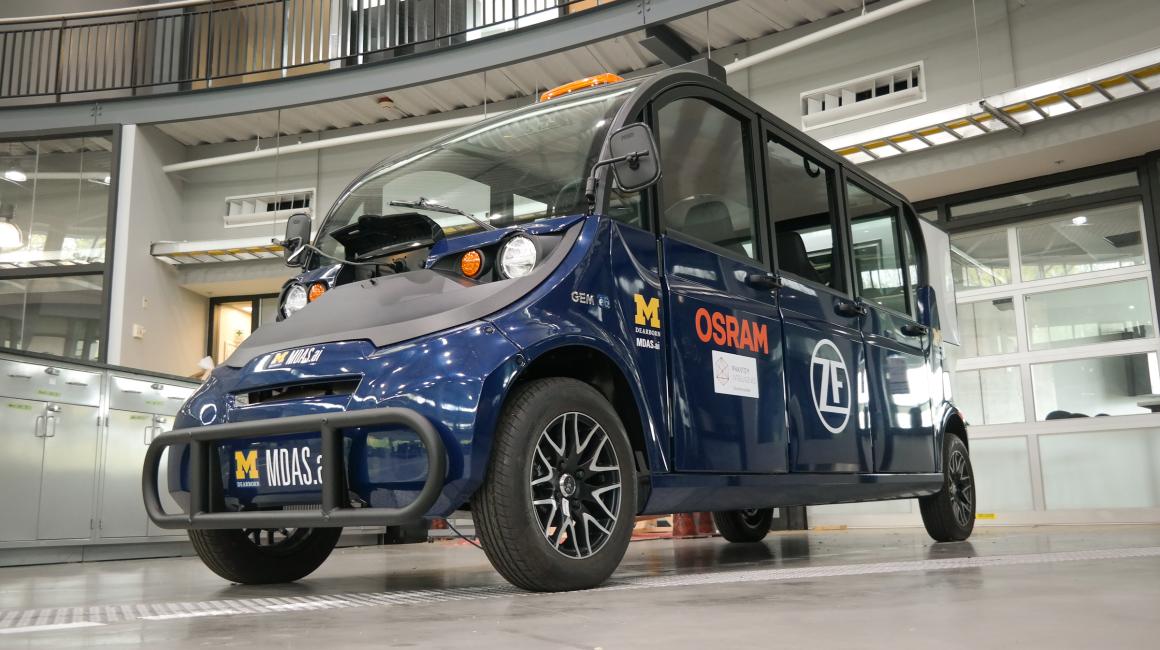 If you’ve heard the buzz about the possibility of UM-Dearborn soon having a driverless campus shuttle, we can confirm it’s not just a dream.

In fact, when we tracked down Electrical and Computer Engineering Associate Professor Sridhar Lakshmanan, who’s helping manage the student-led project, for a word about their progress, he was able to show just as much as tell.

The six-passenger transport van has already arrived at the IAVS high bay—where students are now busy suping it up with the systems it’ll need for its autonomous makeover. Among the bells and whistles: A series of optical cameras, plus several lidar and radar systems, which work together to form the basis of the vehicle’s “perception” system; and a shoebox-sized supercomputer “brain” that can process 300 teraflops of information per second (yes, that’s a real unit of measure). They even have a hologram system that can project an ad-hoc crosswalk onto the street when the shuttle encounters a pedestrian.

“Our industry sponsors are bringing all kinds of sensors and systems that aren’t even on the market yet,” Lakshmanan said. “Nobody but the big guys normally gets to see this stuff, and now it’s all right here in our labs.” 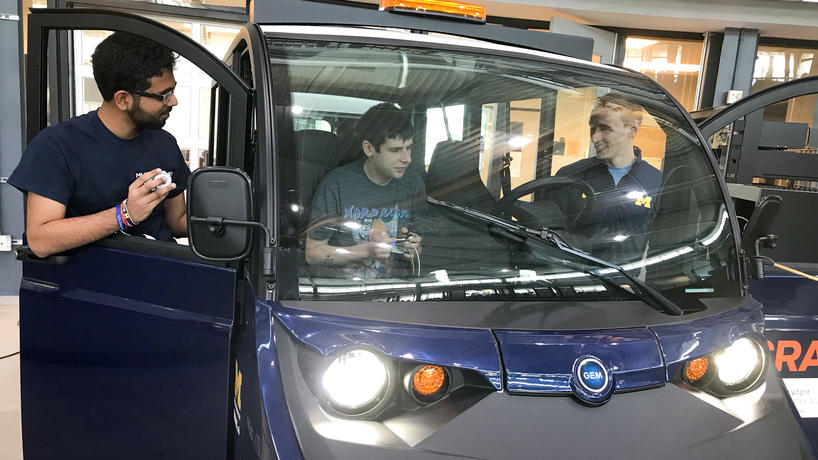 Little to any of this is simply plug-and-play technology (this is bleeding-edge innovation, after all), so the student team will spend a lot of the summer building and tweaking the algorithmic-based software that allows the various systems to play nice with each other. And that will take them team deep into one of the fundamental debates driving innovation in the autonomous vehicle world—namely, whether perception-based systems can ever be sophisticated enough to create cars with acceptable safety risks.

Lakshmanan explained that for autonomous vehicle technology to really become accepted, it’s assumed that cars will have to have safety records equal to—or ideally, better than—human drivers. And at present, we’re still crushing the machines when it comes to safety. “If you look at the number of miles driven between accidents by human drivers, it’s in the tens of thousands,” he said. “The number of miles driven between fatalities is in the millions. So far, the best anyone has been able to accomplish with autonomous vehicles is in the thousands of miles."

Some engineers suspect that we’re simply asking the perception systems to do too much; they’ll simply never (or at least for the foreseeable future) be able to see, understand and respond to every unpredictable thing that happens on real roads. (For instance, right now, weather is a big hurdle, as even a light snow can quickly cover the lane markers perception systems depend on.) The key to improving performance under all conditions will therefore involve complementing perception systems with a second set of communication technologies. Equipped with these, cars could talk with other cars and highway infrastructure like traffic lights.

“Our cars have surely evolved since the days of the Model T, but so has the original plank road,” says Paul Richardson, a professor of electrical and computer engineering who’s also working on the shuttle project. “If you look at the evolution in the past 90 years that’s responsible for  bringing us to where we’re at today, it’s not just the car, it’s not just the road. It’s a whole bunch of things that have come together to enable people to routinely drive 70 m.p.h. on the highway relatively safely.”

Richardson points to a number of more traditionally engineered projects like the interstate highway system, road signage—even asphalt—as evidence. These things, as much as our cars, are responsible for us moving as quickly and safely as we do. Lesson being, making the autonomous vehicle age a reality can’t just be about the cars; we have to make the roads smarter too.

On this front, the shuttle team’s approach is notably more advanced than asphalt: They’re actually constructing a campus LTE communications network that will help guide the shuttle down its pre-programmed loop. It’s far more accurate than using standard GPS and will give them the speed they couldn’t get from existing private LTE networks.

As expected, there’s still a lot of work to do before the vehicle is moving students, faculty and staff around campus. Lakshmanan said the team is hoping to do some limited test runs before the end of the year. Even then, the shuttle will still have one important analogue safety feature: an actual driver, who can intervene at any moment just by grabbing the steering wheel or tapping the brakes.

For students, though, the shuttle may already be taking them places.

“For some of our industry partners who are sponsoring the project, the value proposition is all about talent,” Lakshmanan  said. “They want and need people who have experience with this technology. And students, even with just the four months they’ve put into this project, are already getting job or internship offers. So the idea that this is a new talent pipeline, that’s not theoretical. It’s already happening.” 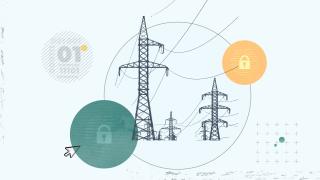 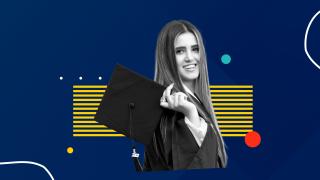