Vansant tells us why she was inspired to write Austria Made in Hollywood and what she learned in the process.

Freshly Pressed highlights books written or edited by members of the University of Michigan-Dearborn community. Faculty, staff and students are welcome to submit their recently published titles to be considered for a future column.

Book: Austria Made in Hollywood, published by Camden House

Summary: The 208-page hardcover considers more than 60 Hollywood films set in Austria — for example, The Sound of Music — and examines the film industry, the influence of domestic factors on images of a foreign country and the persistence of clichés.

Why were you inspired to write the book? I originally had no intention of writing this book. However, after I published an article on The Third Man and The Sound of Music, an Austrian colleague asked me to write an article on the image of Austria in Hollywood films. While researching this article, I found so much material and became fascinated with the topic. One thing led to another and that was over 20 years ago. What kept me going over all these years was in large part the enthusiasm and support of colleagues at UM-Dearborn and in the field of Austrian studies.

How did your research for this add to your knowledge? I was interested in the ways in which American contexts influenced the image of Austria. I had to read so much about the history of the United States, beginning with World War I all the way up to the turn of the 21st century. I also learned a tremendous amount about Hollywood and the film industry that was totally new to me. I got to do research at several different archives here and abroad and it was always very exciting working with original documents. I often had to stifle my joy when I found something that proved a point I was arguing.

What would you like readers to take away? In The Sound of Music, probably the best known of all the films as well as in Hollywood’s many other “Austria” films, the projections on the screen resemble reflections in a funhouse mirror. I hope to convince readers how the fractured distortions of a “real” place with a “real” history inhabited by “real” people have both been drawn from and contributed to the general public’s perceptions of the country and its citizens. Another goal of the book is to expand readers’ knowledge of the film industry, and the influence of domestic controversies on images of a foreign country. I also strive to explain the virtual disappearance of Austria from the Hollywood screen. 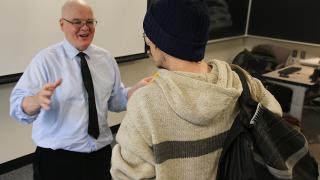 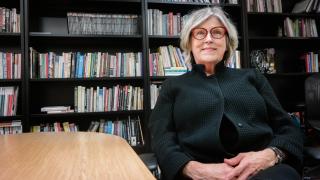 Provost Catherine Davy reflects on her decade at UM-Dearborn

From establishing one of the campus' colleges to creating the Talent Gateway, Davy says it's been a fulfilling 10 years.... 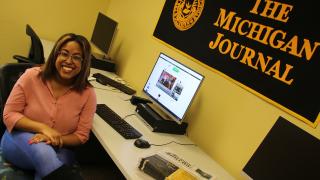 As Michigan Journal Editor-in-Chief Chanel Stitt prepares for graduation, she’s thankful for the experiences and advice she’s gained on campus — especially what’s helped her gain a thicker skin when it comes to processing the criticism that comes with toda... 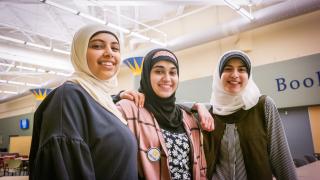 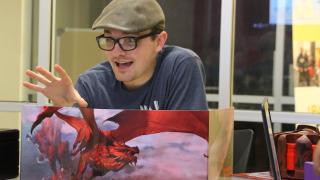