How to unleash creativity in your workplace

In the American workplace, the days where the boss simply told you what to do and you did it are quickly fading. More and more, leaders are looking to their employees to use their creativity and collaboration skills to come up with the next big idea. While this is an exciting change for many workers, it turns out fostering this kind of employee-driven innovation is challenging for many teams to pull off in practice, according to Jeffrey Sanchez-Burks. The U-M professor and faculty director at U-M’s +Impact Studio recently visited campus as part of our Strategic Planning Thought Leaders Series, and shared some ideas on what elements of workplace culture are holding us back and how we can stoke our creativity. Below, we’ve broken down the key takeaways from his visit, in case you missed it.

Wisdom has its limits

Typically, we think of the knowledge we have of a particular subject as a big asset when it comes to problem solving. But Sanchez-Burks argues what we already know can sometimes be a stumbling block to innovation. Relying mostly on your expertise is automatically going to put limits on your ideas for one simple reason: No one — or no team — knows everything. Sanchez-Burks’ suggestion: Shift your problem-solving or idea formation process from one that emphasizes “certainty” (what you think you know) to a “relentless curiosity” (what you don’t know). “Innovation, by nature, is a probabilistic endeavor,” Sanchez-Burks says. “There is no tool to guarantee success. So we have to recognize that there are limits to our knowledge and remain curious to learn from others. Experts think they know; wise experts want to learn.”

Humans have powerful natural abilities for understanding one another. Often, we’re so good at reading social cues, we don’t even need words to know how the people around us are feeling. That “social attunement” can be harnessed to come up with great ideas, especially for human-centric problems. But in the workplace, Sanchez-Burks says we often check that social intelligence at the door. “This is a particularly big problem in North American workplaces. We’ve all heard the expression ‘act professionally.’ The norms of American professionalism cause us to become less emotionally intelligent in the workplace. Full stop. But this is actually a good thing, because it suggests we don’t need to give people new training. We need them to simply use what they already have.”

We’re used to thinking about invention or innovation as a process of making something completely new that’s never existed before. But in practice, breakthrough ideas typically involve taking things that already exist and reassembling them in a new way. This is one of the fundamental ideas behind the concept of “bricolage,” which involves building something new out of a diverse range of available things. In a workplace, Sanchez-Burks says this can be deployed in any number of ways. One of the simplest is borrowing great ideas from other disciplines, as a group of student researchers did when they repurposed the idea behind dissolve-on-your-tongue breath strips into a new way of giving infants vaccines. You can even apply this bricolage idea to your own head. By drawing on all the different kinds of experiences you’ve had in your life, instead of just your official “professional” skills, you bring way more diversity of thought to a problem-solving exercise.

Try a dash of wabi-sabi

Rarely, if ever, is an idea so brilliant that it comes out perfect in its initial form. Yet in our workplaces, studies show most of us are often reluctant to share “half-baked” ideas that still need some fine tuning for fear that others will judge us as sloppy, not serious or worse. Sanchez-Burks says this puts some major limits on creativity and suggests invoking a process based on the Japanese concept of wabi-sabi. The core idea here is an understanding that all new ideas are imperfect and will change. And it’s much better to get them out there and start fiddling with them, rather than worrying too much about what you haven’t totally figured out. Rapid prototyping — where companies literally build dummy prototypes with simple materials like cardboard, glue and markers — is a great example of a process that embraces imperfection to nurture the feedback loops that lead to the best ideas. 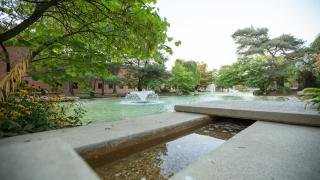 Here’s a quick breakdown of the knowns and unknowns that will shape UM-Dearborn’s fall finances.... 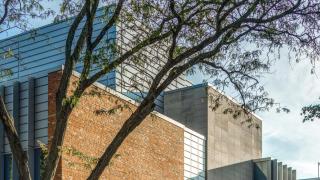 University leaders shared an update on the FY21 budget, the cancellation of fall athletics, working from home, and the hybrid model for fall classes....