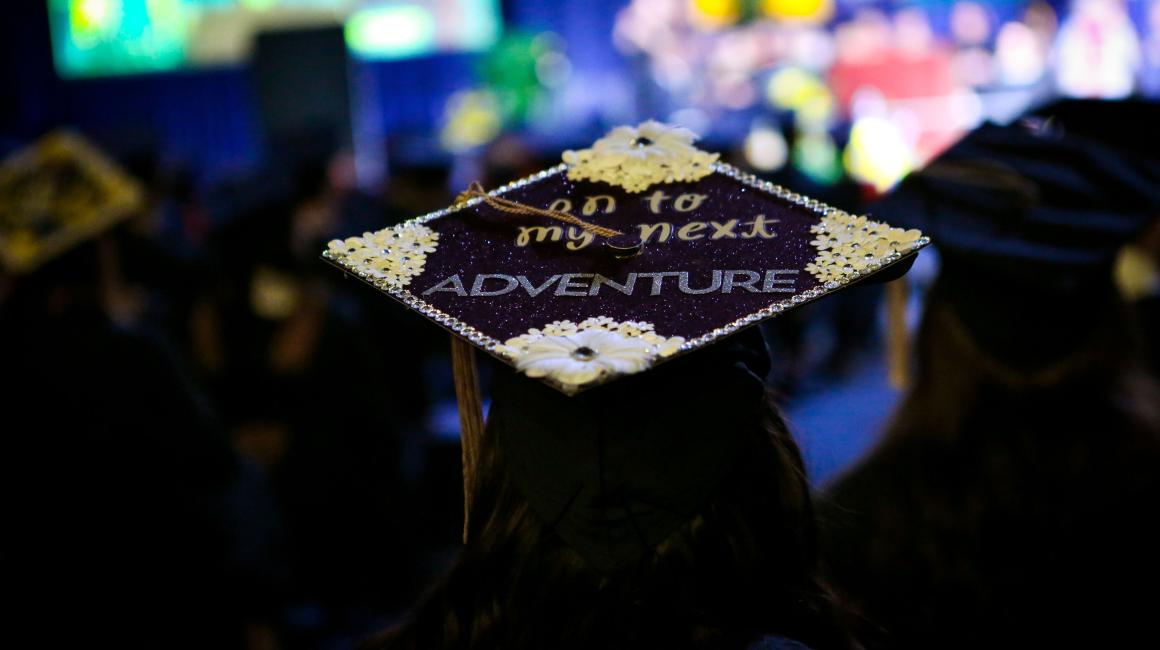 This article was originally published on December 14, 2019.

The message at UM-Dearborn’s Fall 2019 graduation was clear: We are at a crucial point in our history and this generation, through steps large and small, is ready to go out and be the needed change.

Mortar boards with statements like “On to my next adventure” and “World, you might not be ready. But I am,” dotted the sea of dark-colored gowns. And the anticipatory energy could be felt around the room. See graduation images here or watch the morning or afternoon ceremony recordings.

Speaking to the audience in the maize-and-blue appointed Fieldhouse, Student Speaker Jessica Bacheldor explained how everything adds up — even when you can’t see it — when creating positive change. So keep going.

“The effects of one person’s just enough can often be hard to see, but when you combine your efforts with everyone else’s the result can be bigger than any of us,” Bacheldor said at the afternoon ceremony. “The research paper you published on medical advances might not have cured a life threatening disease, but it did contribute towards finding a cure. The hours you spent volunteering at a local soup kitchen didn’t solve world hunger but you did make an impact in many people’s lives. The article you wrote for the Michigan Journal may not have made it to the White House but I guarantee it influenced and educated at least one person reading it.”

Keynote Speaker Catherine A. Davy, UM-Dearborn provost and vice chancellor of academic affairs, spoke at both Fall 2019 graduation ceremonies. Now in her seventh decade, Davy said she’s witnessed many challenging times: the Vietnam War and the protests, the 1980s AIDS epidemic and civil movements around race, sexuality and gender.

But she shared with today’s graduates that they will face difficulties unfamiliar to many: Namely, deciphering actual truth from what feels like it might be true. Through their earned higher education, Davy believes they are ready for the great challenge ahead. 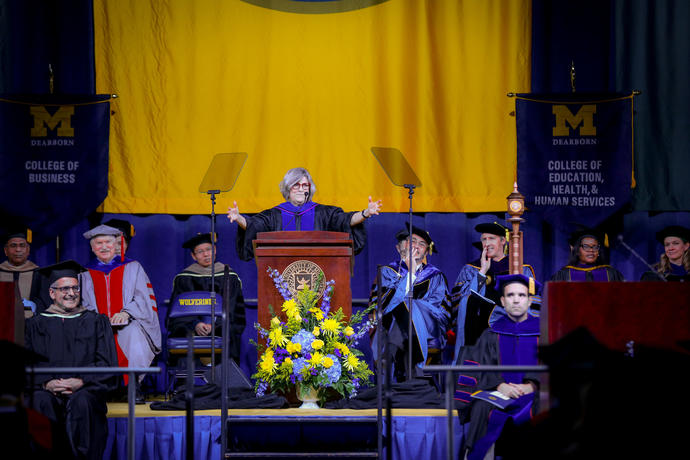 “You persevered at a time when earning a degree is a particularly arduous process fraught with too little economic support and too many demands on you outside of your curricular pursuits. In the face of daunting conditions, you have taken it upon yourself to make yourself educated. You have persisted in garnering knowledge and nailing down facts. Most importantly, you understand that if something merely feels right, a great deal more searching and reflecting is in order.”

Davy also called the graduates avant garde — a military term that means to scout far ahead of the troops; a cultural term that refers to artists who create “ugly work” future generations see as beautiful.

“You, our graduates, comprise a community of learners who will advocate for ugly truths considered wisdom decades on,” she said. “There has never been a time when college graduates are needed more than you are today. You have persevered against considerable odds. You are strong, you are brave and I stand in awe of your accomplishment. Go forth and make the world a truer place." 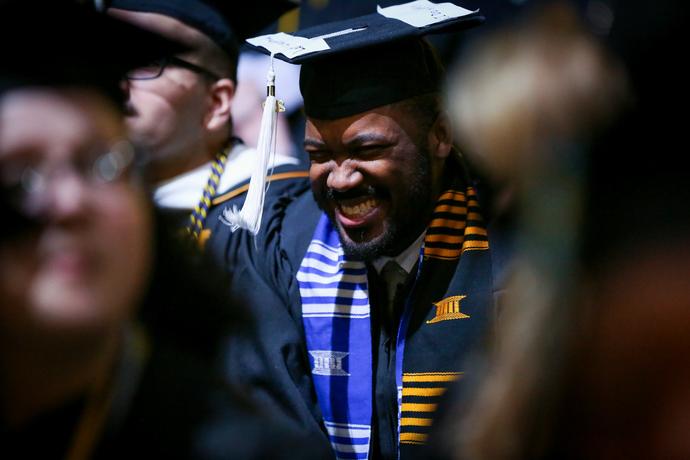 Graduate Hiba Qamar, student speaker at the morning ceremony, said many in the Class of Fall 2019 have jobs lined up. But, echoing Davy’s words, she wanted to remind all that education isn’t just about a means to a career. It’s also about having the tools needed to critically think, find truths and be tomorrow’s difference makers.

“A job title or career is only a mere aspect as to who we are. We are much more than that. The university has transformed us to believe in ourselves and define ourselves not as business majors, engineering majors, or health majors, but rather as leaders and innovators,” Qamar said. “I believe that our ambitions become our values. These values motivate us to do work that brings positivity into this world. We have all grown throughout our time here at the university and we should all be proud of where we stand today. We are Wolverines.”

Chancellor Domenico Grasso — a proud Wolverine himself — said the education gained is a key component in building a brighter future. He then had the graduates turn their tassels from the right to the left, signifying their new alumni status.

“Welcome to the 600,000 strong Michigan alumni family,” Grasso said to the graduates. “Of all the assets you have or will accumulate in life,  your education — your ability to think critically and creatively and communicate persuasively, your Michigan-trained intellect — is most valuable. And it can never be taken from you. Now it’s time for you to go big, go proud and always ‘Go Blue!’"

Saturday’s ceremony included recognition of six students who were honored as Chancellor’s Medallion recipients for their academic accomplishments, quality of character, intellect and integrity: 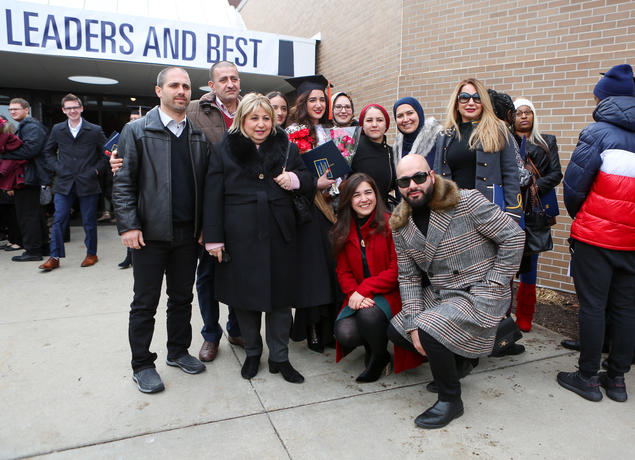 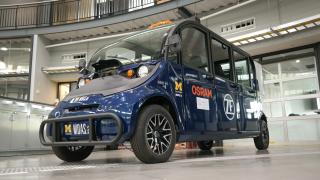