Traffic congestion in cities is bad and getting worse. Master’s student Meigui Yu thinks part of the solution is rethinking how we use the curbside environment.

If you’re a fan of irony, you’ll love hearing what researchers think is making urban traffic worse than ever. First, a study last year found that ridesharing, a technology that was originally touted as a solution to gridlock, is actually making congestion much, much worse. And it’s a similar story with online shopping — something that was supposed to ease traffic jams by saving us lots of trips to the store. Instead, we’ve seen an explosion in trips by delivery trucks, which, in addition to multiplying, have mastered the congestion-boosting art of curbside idling and double parking.

Cities have toyed with various solutions to some of these problems, including putting a cap on ridesharing or at least taxing it to help pay for public transportation. But data science master’s student Meigui Yu thinks we could ease some of the disruptions posed by these emerging trends by reimagining how we use the curbside environment.

In the complex puzzle that is traffic congestion, our curbsides may be one of the most contested and dynamic frontiers. Throughout the day, these liminal city spaces accommodate everything from short-term functions like parking to more transient uses, like bus stops or the loading and unloading of goods and people. But despite all these real-world uses, Yu said parking traditionally dominates as the primary sanctioned function for our curbside spaces. That leaves most of the rest of user types to fend for themselves in self-organizing chaos. It works pretty well sometimes, but the improvised system can just as easily foster slow-downs.

Yu’s idea is to study what happens to traffic flow when some of that curbside space is officially allocated to other uses. Specifically, she’s focused on the outcomes of creating separate zones for high-turnover uses like package delivery and ridesharing. Her hunch is that creating actual space for these emerging uses would rationalize the system — cutting down on congestion-causing behaviors like idling, circling the block, or double parking, which drivers resort to when no other space exists.

Yu even takes the whole idea a step further — imagining a curbside environment in which these zones would be dynamic: That is, they could shrink, grow or disappear altogether during different times of day.

“Delivery trucks, for example, are most active during business hours,” Yu explained. “So after that, their curbside space could be dynamically reassigned to be overnight parking.” That would accommodate the needs of neighborhood residents who need street parking once they’re home from work and the delivery vans have gone home for the night.

The concept has an undeniable elegance, but Yu said the real trick is getting the balance of uses right. If a city were to try to do something like what she’s proposing, it would involve a lengthy and expensive traffic study. And even once you have all the information, she said it actually generates so much data that organizing it into a curbside strategy takes really complicated algorithms.

So Yu is taking a different approach. Rather than studying actual traffic environments, logging all their various uses, and then trying to design an optimized system, she built a functioning simulation of an urban area. There, she can test and observe many different curbside use scenarios and judge their various impacts on traffic speed. Using that data, she’ll be able to determine if — as she hypothesizes — a dynamic strategy could help alleviate congestion. And it might even help her discover some general curbside formulas that city planners could use as best practices.

It will still be a few months before she has her final results, but the early indication is that dynamic curbside strategies could have a pretty big impact on traffic flow. She’s now turning her attention to the other major part of her thesis: streamlining those super complex algorithms that are currently needed to build effective optimization strategies.

One last bit of irony: For all the progress she’s made on this problem, Yu said she’s not particularly interested in urban planning issues. She even stumbled on optimization problems sort of by accident, when she started her master’s studies under Assistant Professor of Industrial and Manufacturing Systems Engineering Armagan Bayram. But now she said she might be hooked on this emerging field.

“Before I came to study here, I worked in software development in the banking industry in China,” Yu said. “But most of that work is the same every day, and it can get kind of boring. This is my second time now working on an optimization problem, and it’s opened up a new world for me. You’re solving real problems, and each problem is so unique. Every solution feels like a new discovery.” 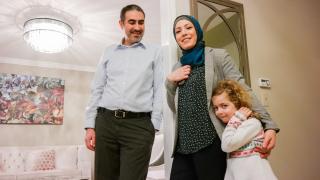 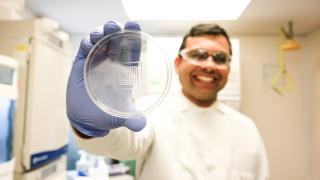