The new initiative, which began in the fall with Associate Professor Emeritus Elias Baumgarten, offers a reception and valedictory talk, which is recorded to serve as an oral history. 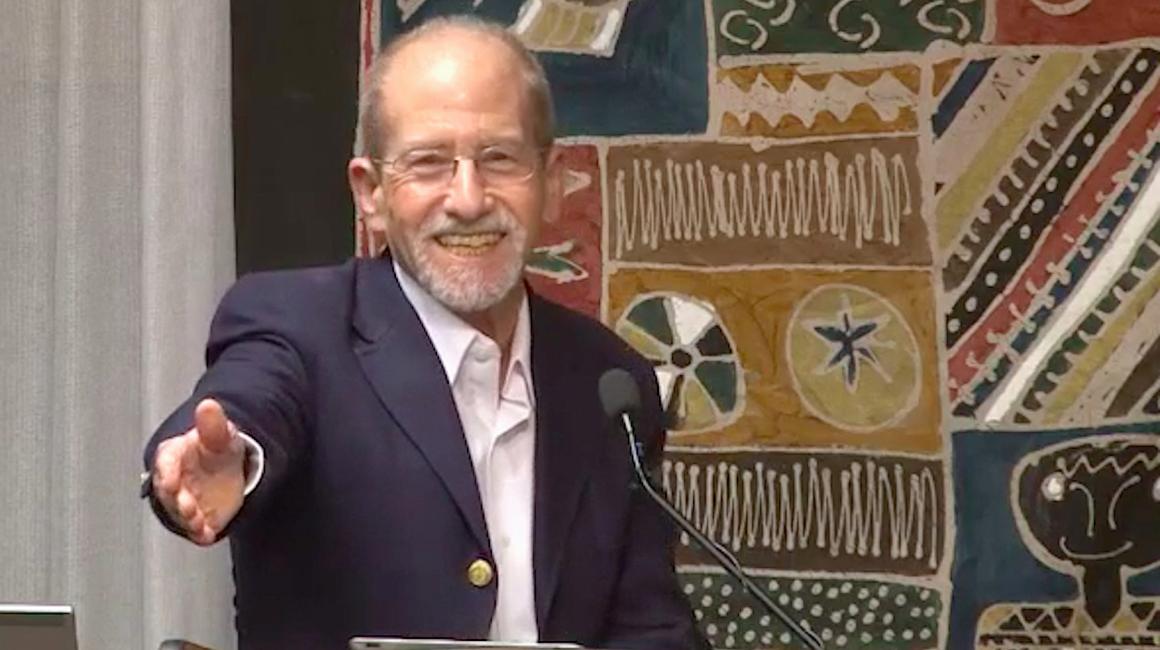 This article was originally published on February 15, 2019.

Raehanna Ahmed has her sights set on medical school. And beyond that, a role in Doctors Without Borders. The biology senior attributes this chosen path to Associate Professor Emeritus Elias Baumgarten.

A UM-Dearborn philosophy professor for 46 years, Baumgarten — who retired in fall 2018 — was known for moderating lively debates in his bioethics courses, researching intercultural issues and their relationship to ethics, and working with underserved populations.

“Dr. Baumgarten exposed me to a variety of ethical conversations I hadn't considered before; he had no agenda other than conversation and exploration,” said Ahmed, who still keeps in contact with her former medical ethics professor. “Most importantly, he taught me about being a better human. At the time I took his course, he was planning a trip to India where he would teach Indian women of the lower caste system.I want to emulate his example and use my free time to help others.

“Anyone who hears him will understand why he’s the most influential professor I’ve ever had.”

And future UM-Dearborn students, faculty and staff will be able to do just that thanks to a new College of Arts, Sciences, and Letters initiative.

Baumgarten was the first participant for the CASL Legacy Lecture Series, which is an opportunity for retiring/recently retired faculty to deliver a valedictory talk reflecting on their time at UM-Dearborn.

The talk is recorded and will be placed on University of Michigan’s virtual research space Deep Blue, where anyone can access it. If faculty prefer, thoughts can be written rather than publicly spoken.

Political Science Professor Ron Stockton proposed the Legacy Lecture idea, which now is open to all retiring CASL faculty or CASL emeriti. Stockton, who has taught at UM-Dearborn since 1974, said it’s important to preserve the motivations and reflections of campus scholars. He thinks of former colleagues Larry Berkove, who retired in 2003, an internationally lauded Mark Twain expert; or Elaine Clark, who retired in 2011, a respected historian who excels in Latin and translates Medieval documents to gather insight from the Middle Ages.

“There are true scholars here, and Larry and Elaine were among them. These are the people who change the way you think about things after hearing what they have to say. Their students and colleagues know this, but memory can be short on a campus. People graduate, new people come in,” he said. “So instead of hearing about these top scholars in the fields from old timers like me, I wanted to have a way where the next generation could learn from — not just learn about — these faculty for years to come.”

CASL Dean Marty Hershock liked Stockton’s idea of an archive of retrospective lectures. In addition to preservation, he said the series is a way to recognize and honor the commitment and contributions of CASL faculty.

“When speaking to students and alumni — and when reflecting back on my own UM-Dearborn experience — the crucial importance of our faculty in the success of our mission is clear,” Hershock said. “When people talk about their CASL experience they don't talk about the CASL Building or our laboratory facilities. They talk about Professor X or Professor Y and about how important these people are to them.”

CASL Development Director Diane Gulyas said the lecture series is supported through a gift from an anonymous donor so the CASL Legacy Lecture Series can live in perpetuity. She said the CASL community is grateful for the donation, which funds the recording and information storage, as well as a light reception for the retiree to interact with past and current colleagues and students.

Baumgarten said he was honored to be the first speaker. With nearly five decades on campus, Baumgarten had many experiences to choose from. But he decided to leave a record of how his students, like Ahmed, helped shape him.

“I was recently asked if I’ve experienced meaning in life. Through my students and mentorships, I believe I have. Not because I helped them — although I hope that I did have a positive impact — but because of the experiences we’ve shared together and the various human perspectives I’ve gained from the class conversations and relationships built,” he said. “I’m grateful for 46 years in a career that I’ve loved and the opportunity to reflect on my time through the Legacy Lecture.”

College of Arts, Sciences, and Letters Faculty and Staff Victors for UM-Dearborn 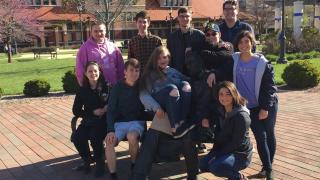 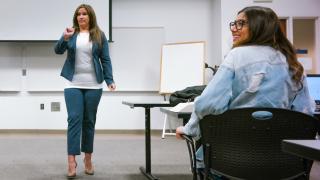