Teachers at the breaking point

A UM-Dearborn education expert breaks down how teaching became a profession in crisis, and why she still has hope for the future. 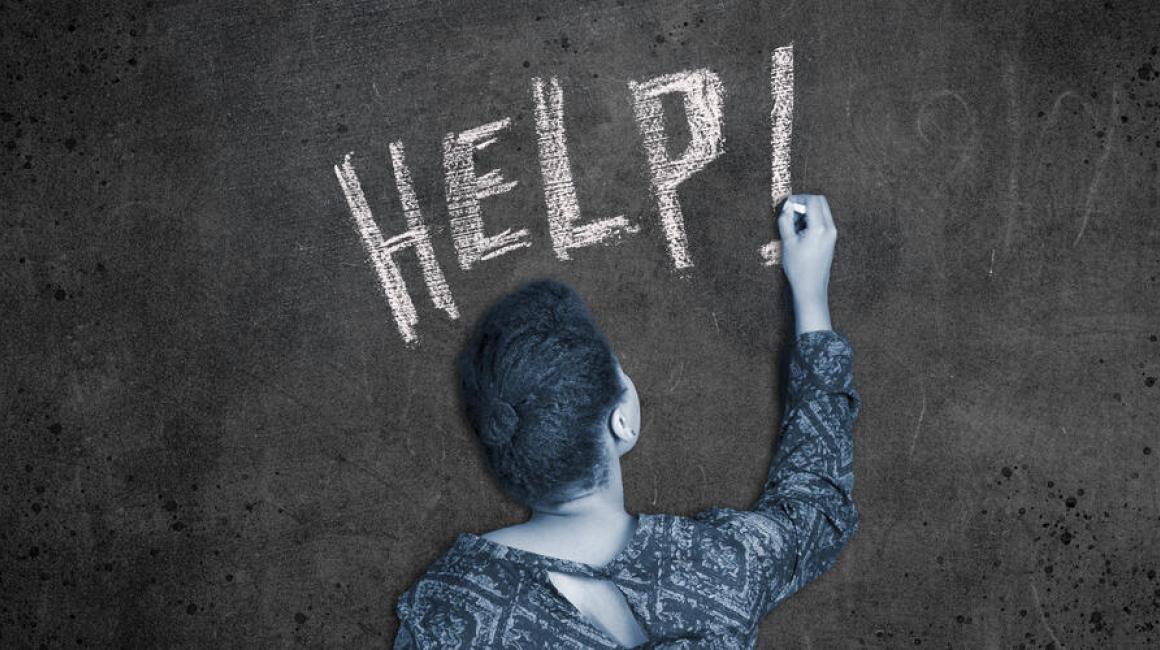 A few weeks ago, the National Education Association, the largest educator union in the country representing more than 3 million people, released some startling results from a recent survey. The headline-grabbing reveal — that 55 percent of its teachers now plan on leaving the profession earlier than planned — was jarring enough. But dig deeper and you’ll find all kinds of troubling news. That more-than-half stat was true across the board — whether teachers were early-, mid- or late-career, and the numbers were even higher for Black (62%) and Hispanic/Latino (59%) educators, who are already underrepresented in the field. An even bigger number: 90 percent of those surveyed say feeling burned out is a “serious problem,” with two-thirds rating it as “very serious.” One factor in the high levels of burnout, around three-fourths say unfilled job openings or staff shortages mean they’ve had to take on more responsibilities at work.

For UM-Dearborn Associate Professor of Education and Field Placement Director Danielle DeFauw, such an exodus from the profession is almost unimaginable, and she holds out hope that once COVID subsides, these numbers might change. But it’s clear some educators aren’t waiting it out. The situation has reached crisis levels in many districts, and DeFauw is personally measuring it with any number of phenomena she’s never seen in her 20-plus years in the field. Teachers leaving in the middle of the year, once a rarity, is happening regularly now. Principals in partner districts who she just helped connect with recent grads from our program are coming back again and again, often for additional recruits at the same grade level, an indication, she says, that they’re losing veteran teachers. “I recently saw a Facebook post from one of my students who just graduated in December and was hired right after graduation,” DeFauw says. “Since she started, two of the teachers on her grade-level team have left, and she just heard a third person is resigning. She must be in utter shock at what she’s facing. As a new teacher, you need mentorship and support from veteran teachers. And to read that she might now be the only one on her team — that’s terrifying.”

The current shortages are also triggering ripple effects and feedback loops that are exacerbating the already fragile situation. DeFauw says when teachers are leaving positions mid-contract, many times they’re not leaving the field — they’re simply changing schools. Because there are shortages everywhere, schools that can offer more pay, signing bonuses, or other benefits are luring teachers away from districts with fewer resources, where the staff shortages and challenges facing students were already more pronounced. When a teacher leaves mid-year, this obviously disrupts the experience for K-12 learners, but DeFauw says it also erodes the capacity of teams of educators who rely on each other for support and mentorship. Another trend she’s watching closely: To plug holes, districts are recruiting pre-graduation senior education students as permanent subs. For DeFauw, it’s a tricky situation to navigate. On the one hand, she can understand why during a time of extreme staff shortages, someone who has nearly completed an education program may be the best available person to lead a classroom. And a stint as a permanent sub can still leave an education student on track for graduation, as such a position, if approved by their program, can take the place of a traditional student teaching experience. But she also sees it as a risky move for the student. Nearly half of new teachers leave the profession within the first five years. And DeFauw thinks a senior forgoing a traditional student teaching experience, where they get a whole semester to work alongside an experienced educator before they’re in charge of a classroom themselves, leaves them at greater risk of burning out early career. Pushing teachers into classroom situations they’re not ready for could easily trigger a further round of resignations over the next few years.

One of the ironies of the current situation is that from a supply-and-demand perspective, you could say that a teacher’s value has never been greater. DeFauw says the number of UM-Dearborn graduates getting hired before or right after graduation is higher than it’s ever been, and she’s counseling students they can probably afford to be “choosy” if they want to play the field and wait for multiple offers. But at the same time, she says most of the policy responses to what she sees as an “unraveling of the profession” consist of temporary “band aids” or measures that risk devaluing the field. Back in December, Governor Whitmer signed a bill relaxing state qualifications for substitute teachers, who typically must have 60 hours of college credit. Under the new law, for the current school year only, school district employees, including administrative staff, bus drivers and cafeteria workers, can now serve as substitutes, as long as they have a high school diploma. The governor has also pitched using COVID relief money to pay educators $2,000-$4,000 retention bonuses over the next several years.

“But does a bonus compare to a salary that’s going to drive more people into education?” DeFauw says. “We’ve been talking about teacher pay for many years now, but this situation is showing us that teachers need to be paid more. Period. They are the foundation of every other career, so how can we expect to attract people to the profession when we’re not paying at a level that’s representative of that value or competitive with other fields requiring the same amount of college training? And I think when we are looking at solutions that essentially say that almost anybody — any body — can serve as a classroom leader, it doesn’t show a whole lot of in-depth knowledge of our profession. The pedagogical and content knowledge we bring to classrooms and the skill we have to motivate learners and care for all our students as individuals — that is a profession. It is a choice to learn how to do that well. It takes time and training and practice and support.”

While DeFauw understands that such policies may have a place as emergency measures, she finds it troubling that they’re not being accompanied by serious, longer-term strategies that would be big enough to pull the profession out of crisis. Indeed, she says many of the current measures echo a pre-pandemic call to lower standards for teacher certification as a solution to chronic teacher shortages. Within the university’s Department of Education, there is only so much she and her colleagues can do to ameliorate the current situation, but they believe that keeping standards high and providing teachers training that thoroughly prepares them for long, successful classroom careers has to be seen as non-negotiable. To that end, and in line with new state requirements, UM-Dearborn is now finishing a major curriculum revision that will launch in Fall 2022. Under the new program, teachers-in-training will get more, and more varied, field experiences, so they have opportunities to apply what they’re learning in their programs and build-up the confidence and intangibles that come from working with actual K-12 students. And for every clinical experience, there will also be a co-requisite educational technology course, so teachers can build fluency in online technologies — should remote learning prove to be a durable post-pandemic modality, as many expect.

DeFauw and her colleagues are also experimenting with solutions outside the immediate scope of traditional teacher training programs. Several partner districts, where teacher shortages have become a chronic problem, are interested in growing their ranks from within, and DeFauw sees great promise in supporting “teacher cadet” programs that inspire middle and high schools students to go into the profession, possibly to serve in their own home school districts. And she and Associate Dean Stein Brunvand are working to organize a conference proposal specifically designed to help their K-12 partners rebound from the “COVID mayhem.”

DeFauw remains hopeful that the profession can survive the current moment and thinks that we aren’t likely to slip into a new paradigm where schools filling holes with people without proper training or qualifications becomes the norm. If an exodus from the profession does materialize, it will no doubt cost us something. Aside from the obvious shortages, DeFauw says it will put pressure on new teachers, who, with fewer veteran educators to look to, will have to find comradery and mentorship in other ways. Perhaps, she says, it will be through social media networks of early-career teachers, who offer each other peer mentorship as they learn, make mistakes, have successes and grow. Perhaps universities will have to offer their recent graduates extended support. DeFauw sees teachers as an adaptable, gritty bunch, and she’s still constantly inspired by the new students she meets every year who view teaching as a profession worth dedicating themselves to. Soon, however, we as a society may have to get real about what a good teacher is worth to all of us.