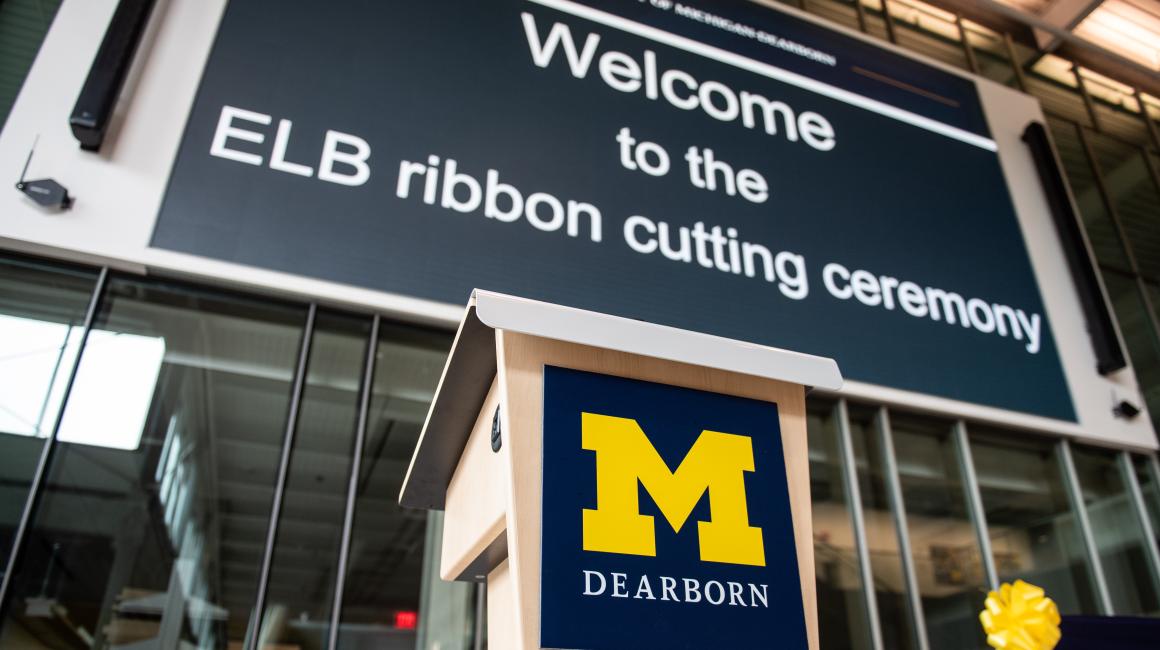 This article was originally published on October 6, 2021.

For health and safety reasons, campus leaders decided to forgo a traditional grand opening for its new Engineering Lab Building when it opened to a small number of faculty and students in January. But, with activity in the building in full swing this fall, it was the right time for members of the campus community to officially celebrate the ELB’s opening at a ribbon cutting ceremony on Tuesday.

With student-operated robots greeting the small crowd, excitement for the new building was apparent as U-M leadership, industry partners, the campus community and others listened as Chancellor Domenico Grasso shared his remarks. He reflected on what the new facility means for UM-Dearborn, the region and beyond.

“We will be designing the health, happiness and prosperity of the future. What a magnificent facility for us to do that in,” said Grasso, who is an environmental engineer. “I’ve worked in and I’ve been in many engineering facilities throughout my career. This building is among the top facilities in the United States. You will not go to any campus and find a facility better than this.”

The ELB is a fitting home for UM-Dearborn’s engineering and computer science programs, which have seen explosive growth in the past decade. The new ELB features 45 instructional and research labs in core disciplines like mechanical and electrical engineering, as well as emerging subjects like cybersecurity, artificial intelligence, bioengineering and game design.

Architecturally, it’s also a real showpiece. Huge windows flood the building with natural light. And glass interior walls let you see directly into many labs, as the work is happening. The huge 2,400-square-foot atrium is the largest campus gathering space outside of the Fieldhouse and features a 29-foot digital display that was used during the event to premiere a video about the project. 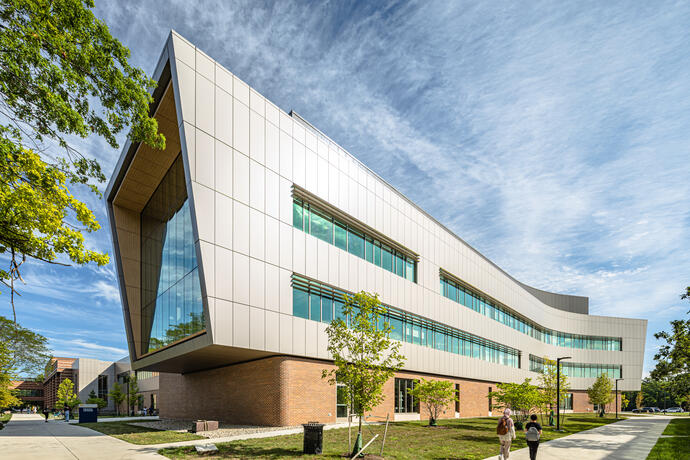 The building is also packed with informal gathering spaces for students, something which was lacking in the old ELB. Moveable furniture and LED displays in these spaces allow teams to quickly set-up, plug-in and share ideas. Classrooms are also easily reconfigurable for either lecture or small-group formats and are wired with video capture technology, so faculty can easily record material for hybrid and online courses.

CECS Dean Ghassan Kridli said the ELB was designed for the delivery of modern engineering and computer science education that integrates theory with practice, in laboratories and classrooms equipped with advanced tools that mimic those used in industry.

“The ELB promotes the development of applied knowledge. We want to take what happens here — both the learning and research — and develop solutions that impact society by improving lives, growing our economy, and contributing to building a better future,” he said.

Standing in front of the attendees, Industrial and Manufacturing Systems Engineering Assistant Professor DeLean Tolbert Smith shared her memories of UM-Dearborn engineering — from her childhood as an alumna’s daughter to her undergraduate years as a campus engineering student, through today as an educator.

She said faculty support and knowledge shared on campus was always exceptional. And now there’s a building that resembles the engineering expertise inside of it.

“I look forward to students being proud of not only the culture they experience here and the camaraderie with their peers and professors, but also proud of the resources available to them...Go Blue!”

The $90 million project was supported by a $30 million capital outlay from the state of Michigan, bond financing, and individual, corporate and university support. The new ELB was designed by SmithGroupJJR Detroit. 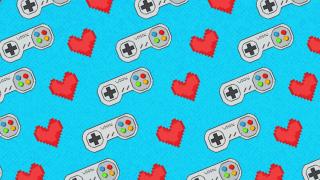 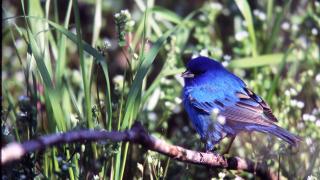 If you want to enjoy the sights and sounds of colorful songbirds, this is the week they stop at the Environmental Interpretive Center’s 300-acre Natural Areas to relax and fuel up before continuing on their migration journey north....