Wait for it...your flying car may still be coming

They could still be decades away, but a UM-Dearborn professor says urban congestion has sparked a new wave of interest in the most famous unrealized technology of all. 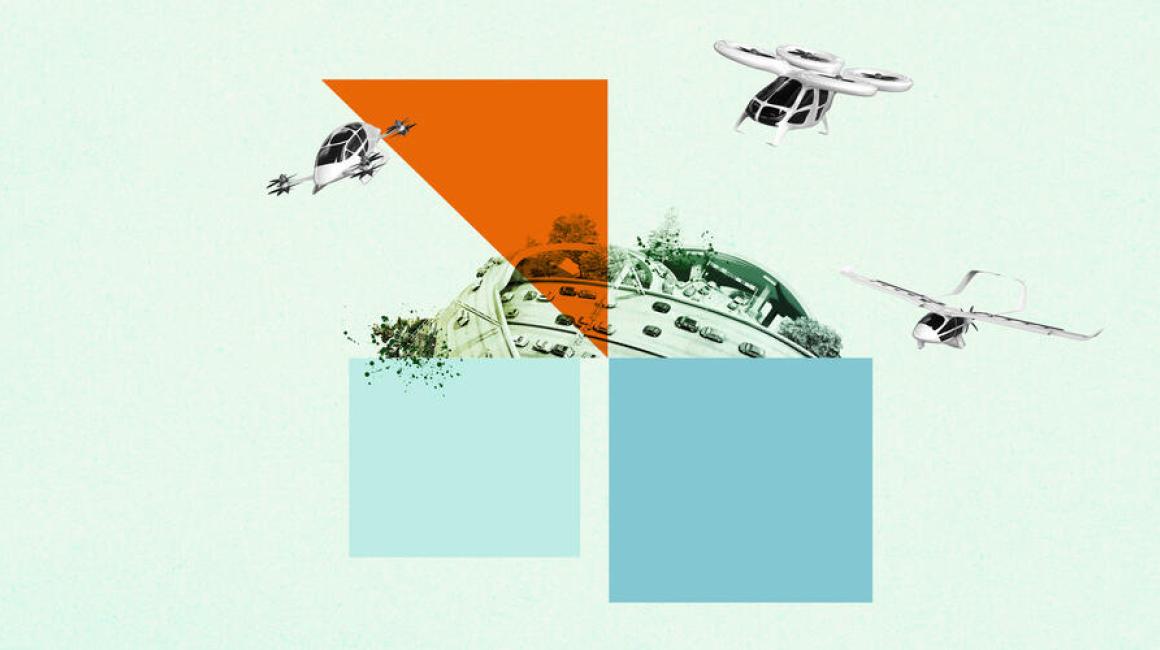 Flying cars have become a shorthand for amazing technologies that never happened. But flying cars are back in a big way, though those who work in this space now prefer the term "urban aerial mobility" (UAM) to describe their field. Dozens of companies, including huge multinational players like Airbus, are betting on UAM to become a reality. Indeed, there are some real-world factors that could make this round of flying car development different. First and foremost, urban and suburban areas are growing fast, leading to overwhelming levels of ground vehicle congestion that are frustrating, highly polluting, bad for our health, and not easily resolvable. The thought is if we could get some of us off the roads and into the sky, we could relieve some of the pressure. Moreover, this moment of peak congestion is converging with relevant technological advancements, like lighter, high-capacity batteries, new electric propulsion systems, and autonomy, which could actually make something like an aerial taxi that takes you to the airport feasible. In fact, several companies are already testing pilots of such vehicles, including a pretty cool one at the Helsinki International Airport.

Here at UM-Dearborn, Associate Professor Sang-Hwan Kim and his team of graduate students have recently thrown their expertise into the UAM arena. They aren’t the kinds of engineers who design and build urban aerial vehicles. Instead, they’re hoping to help those who do create designs that align with customer needs, wants and concerns. As human-centered design engineers, they specialize in talking with everyone from potential end users to possible manufacturers of necessary components to document tastes, fears, expectations, unseen challenges, and perceptions of value and need. Discovering such details can often be the difference between a product succeeding or not. For example, back in the 1990s, the Ford Windstar minivan initially flopped because its male-led design team failed to include features for women with children, its target audience. (Ford later redesigned the Windstar with the help of women engineers.) If developers want a novel, expensive-to-develop technology like flying cars to get off the ground this time, they’d better have a deep understanding of how the public feels about them.

To collect data about public perceptions of UAM, Kim and his students surveyed study participants about their personal views, like their awareness of UAM, their transportation habits, opinions of public transportation, as well as some basic demographic details like marital status, gender and income. Kim’s team also showed participants images of UAM prototype designs and had them record how they felt about their safety, comfort, novelty and overall design. One of the more engaging parts of the survey asked participants to work through possible real-world scenarios. In one, you’ve just finished a trip, arrived at the airport and need to get home to your apartment downtown. A solo taxi/Uber will cost you $55 and take 50 minutes; the subway is $15 and takes 30 minutes; the bus is $22 and will take at least 90 minutes. Or you could take a single-passenger UAM and be home in 15 minutes. The question is, how much would you pay? Kim says such thought experiments are great for revealing not only a service’s potential price point, but also how much other factors matter, like, speed and whether you’re flying solo or with strangers.

Kim and his students are now working through the data, but he says they’re already identifying some interesting trends, including how demographics and attitudes about public transportation impact views of UAM. Ultimately, they hope the work leads to the creation of some fundamental design guidelines for UAM manufacturers, which for the time being, are experimenting with a myriad of designs and business models. Interestingly, Kim’s team is also conducting a similar survey of folks who work in industry, including the all important subcontractors who would likely become part of the supply chain for UAM. He thinks the ongoing transformation of the auto industry toward electric and autonomous vehicles could dovetail nicely with UAM’s core technology needs. The quest for lighter, cheaper, more powerful batteries for electric cars, and ultimately, for cars that can drive themselves, could be key innovations that put the dream of flying cars within reach this time.

As for that big, often-asked question, Kim and his students are pretty bullish. Kim predicts that single-passenger aerial vehicles will eventually exist and will most likely be autonomous. But he thinks they may be the final vehicle application to materialize. Before we get there, he expects we’ll first see UAM ambulances become a cure for traffic congestion problems that eat into emergency response times and cost lives. Shortly after that, look for UAM drones to deliver your online orders or favorite takeout.