Better curbscapes, brought to you by math 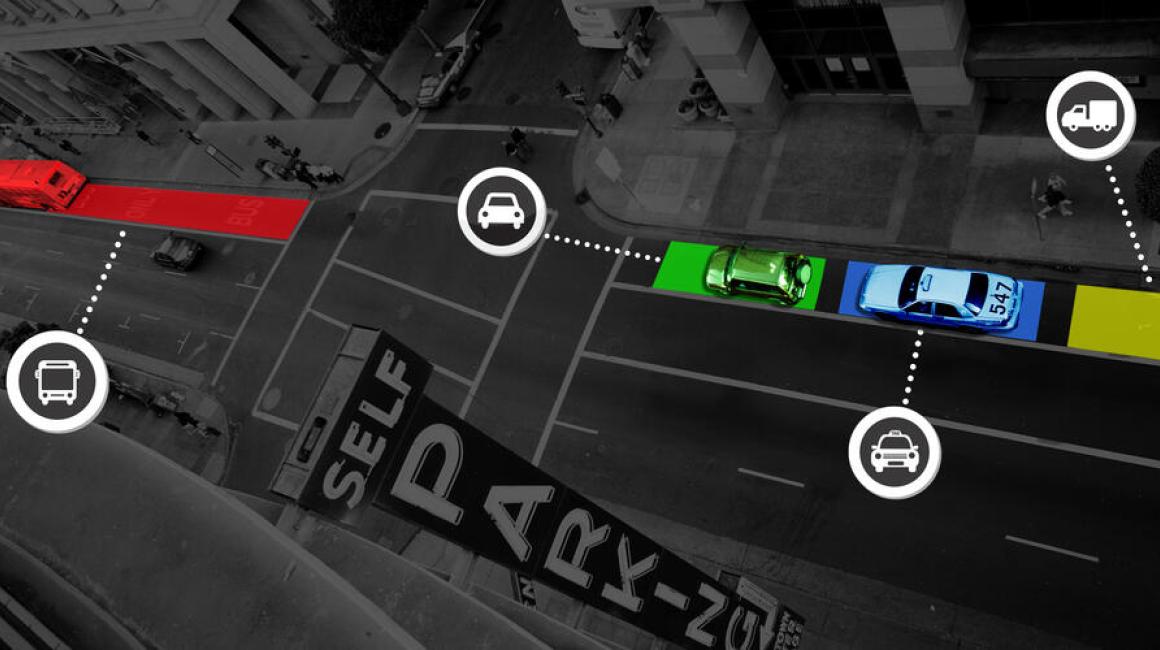 If we broke up the monopoly parking has on the curbside environment, could it lead to less congested streets? Graphic by Violet Dashi

As UM-Dearborn transforms from an internationally recognized hub for automotive engineering to a more all-encompassing mobility hub, you’re starting to see a much broader range of projects emerge from our faculty. We have folks here now using virtual reality to make streets safer for pedestrians and cyclists. We even have human-centered design engineers working on flying cars. A few years ago, when Assistant Professor Armagan Bayram was looking for her own niche, she found herself thinking a lot about curbside environments. As a researcher who specializes in mathematical modeling, she loves bringing order to complexity and apparent chaos, and curbsides bring plenty of the latter. In most places, the curb’s main sanctioned use is parking, but in reality, city dwellers put all kinds of demands on these tight transitional spaces. They serve as loading/unloading zones for package delivery, pickup for ridesharing, and battlegrounds for double parking. Moreover, it’s an environment in constant flux. Vehicles, cyclists and pedestrians are continually slipping in and out, adding to the messiness. Today, it’s estimated that cruising for parking spaces alone contributes 30 percent of rush hour traffic congestion in downtown business areas, and urban delivery drivers spend as much as a quarter of their day looking for parking spaces. Traffic tickets for illegal parking are now factored into the business model for big players like UPS and FedEx. Just in New York City, fines for delivery vehicles total more than $100 million a year.

All of this is only expected to get worse. The need for package delivery is forecasted to explode 80 percent by 2030 and ridesharing could triple. Bayram says some cities are taking note — busting up the monopoly parking has had on curbside spaces and introducing areas specifically designated for ridesharing and package delivery. Some cities are even dynamically changing the number and price of these spaces depending on the time of day. Because curbside situations are so complex, this reorganization of the curbside environment has typically been a matter of trial and error. But Bayram began to wonder, what if it didn’t have to be? “What if we had some rules that could help cities make decisions about how to design curb space so it was optimized for their particular needs?”

To do this, she’d essentially have to find order in the chaos. Fortunately, mathematical modeling can be a powerful tool for doing that, and many aspects of a street environment lend themselves to being quantified. For example, the number of curb spaces that are available, which side of the street they’re on, how long a person parks, how many cars are on a road, how many lanes the road has, how fast drivers are traveling, and how many of them are looking for parking spots versus just passing through can all be described with numbers. And if Bayram could create equations and calculations that describe how those quantified variables relate to each other, she could essentially create a whole mathematical universe that describes a lot of the action that takes place curbside.

Bayram was recently awarded a National Science Foundation grant to take on this challenge, and the next stage of her work will focus on building simulations that optimize the various competing needs. For example, if she tweaks the number of delivery truck spaces, how might that impact the flow of traffic or other drivers’ ability to find parking? She’s also interested in how dynamic pricing strategies affect congestion. Interestingly, for a lot of these variables, there’s actually decent real-world data. Because transit authorities have to do traffic studies when they’re putting in things like stop lights or pedestrian crossings, cities often know how many cars are on the road in a given area at a given time, how fast they’re moving, and even how many parking tickets they give out. For other aspects of the simulated environment, Bayram says she will have to make some assumptions. For example, we may not have data on how effective a price nudge would be on real behavior. But even then, she can still make probabilistic models that assume random values for a particular variable, and thus model the effect it has on other parts of the system.

The payoffs could be big for both cities and city dwellers. Bayram says the hope is that the models give city planners tools for designing optimized curbscapes that rely on data, not just trial and error. In fact, because the models are all mathematical, she says it would be relatively easy to convert them into a user-friendly software that would allow planners to tweak parameters in search of a desired outcome. The models might even spark ideas for new policies, like permit-only delivery truck spaces that carry a fee, but were far more orderly and less pricey than the $33 million UPS paid to New York City in parking fines in 2019. Even an app to help drivers quickly find parking spots wouldn’t be out of the question.

Though this phase of the work will keep her busy for a while, Bayram is already excited for the next. She’s been talking with planners at the City of Grand Rapids who are eager to test out her decision models on some real streets. You can look forward to the results of that pilot study in a few years.

U.S. Fulbright Scholar Award recipient Kristian Stewart, a Composition and Rhetoric collegiate lecturer, is about to embark on a new adventure to Greece in the name of digital literacy education and connecting people through personal narratives....
05/16/2022