The All of Us research program is aiming to address the chronic lack of racial and ethnic diversity in health studies — and fast track precision medicine. 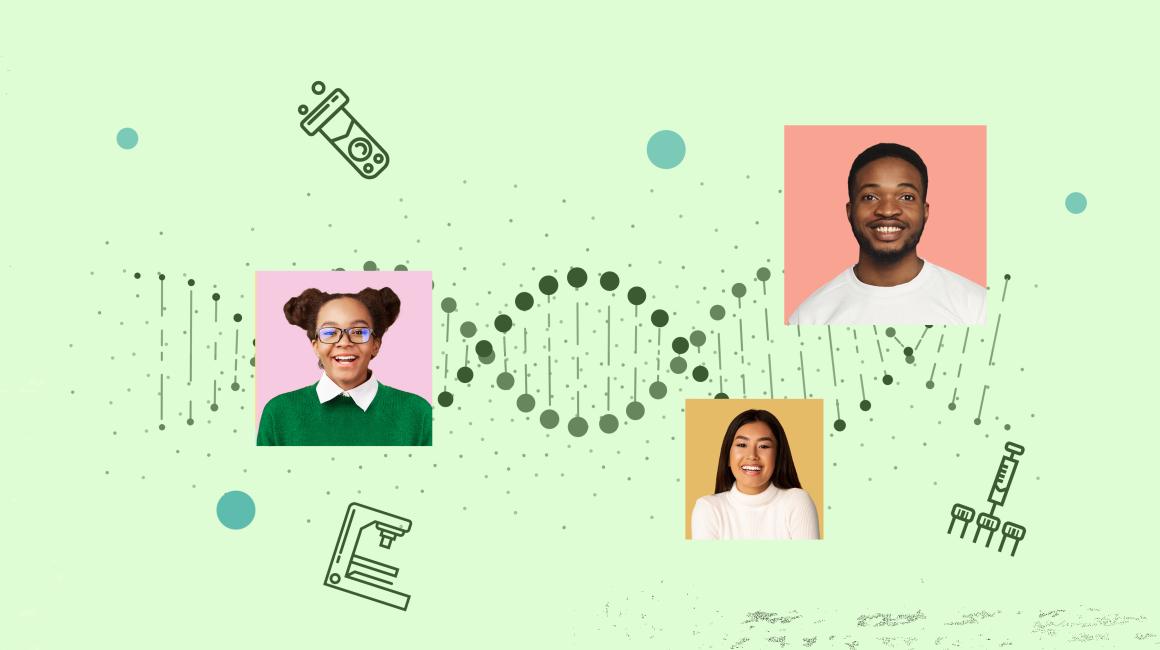 When Public Health Society members Nada Sedrati and Sarah Bazzi are tabling at a university venue, their pitch has a different feel than that of many student organizations. They don’t come loaded down with swag or goodie bags. They’re not even particularly focused on recruiting students to join the group, though new members are always welcome. Instead, their mission is to persuade their fellow UM-Dearborn students to help advance precision medicine by sharing their health and genetic information. It probably goes without saying, but they get a lot of interesting reactions. "I remember one student was, like, 'Wait, so is this like Theranos?'" Sedrati says, referring to the bankrupt health tech company, dramatized in a recent Netflix series, that swindled investors and falsely promised patients personalized medicine based on a new blood analysis technology. “And I totally get why people react that way. Honestly, when I was first introduced to the All of Us program, my first thought was, how does this work? But we actually find that most people are interested in participating once they find out what it’s really all about.”

What the All of Us research program is really all about is decidedly un-Theranos. Launched back in 2015 under the Obama Administration, All of Us is a National Institutes of Health initiative that’s aiming to build one of the most diverse health databases in history, by getting more than 1 million Americans to share their health and genetic information and aid researchers in developing precision medicine. Folks all across the country are helping with this effort. Here in Michigan, Sedrati and Bazzi are part of a team led by ACCESS, Dearborn Public Health Department, the Center for Arab Narratives, in partnership with Henry Ford Health. Precision medicine takes into account an individual's environment, lifestyle and genetic makeup to provide customized health recommendations, and it offers a promising future for individualized healthcare. It’s also a big shift from how healthcare works today. “If you have a condition, your doctor is probably going to recommend a course of treatment that’s been sort of designed for the ‘average’ person,” Sedrati explains. That sounds straightforward enough. But what this means in practical terms is you’re going to get a treatment that showed good results for the people who participated in the research and clinical trials that helped develop that treatment. However, one of the problems with this approach is that clinical trials and medical research data often overrepresent certain age, racial and ethnic groups. For example, people of European ancestry make up more than 90% of participants in clinical trials, even though they’re less than 60% of the U.S. population. This lack of more diverse data means that some medical treatments might end up benefiting some groups more than others — and everyone just gets an “average” treatment rather than personalized medicine.

With the help of volunteers like Sedrati and Bazzi, the All of Us project is well on its way to reaching its goals. Earlier this year, the project released one of its biggest datasets to date: Nearly 100,000 highly diverse whole genome sequences, about half of which come from individuals who identify with racial or ethnic groups that have historically been underrepresented in research. (Until now, more than 90% of participants in large genomic studies have been of European descent, according to the NIH). In all, more than 386,000 people have completed the initial steps of the program, which include consenting to participate, sharing electronic health records, completing health surveys, providing physical measurements, and donating at least one biospecimen. Moreover, more than half of participants come from racial and ethnic minorities, and 80% come from groups that are underrepresented in biomedical research. “Being part of this project has been really important to me personally because I’m Arab American and we’re historically underrepresented when it comes to research studies,” Bazzi says. “In the U.S. census, there's not even a category for us — we have to choose ‘white.’ So the fact that All of Us includes the Middle Eastern/North African identity is a really big deal for a lot of students we talk to. It’s a chance to be represented and do something that helps our community.”

It’s worth noting that contributing to the greater good isn’t Bazzi and Sedrati’s only tool for persuading students to participate. One of the cool perks of All of Us is that participants have the option to receive information about their genetic ancestry, as well as interesting genetic traits (like why you might love or hate cilantro), risks for certain health conditions, and how your body might react to certain medications. Sedrati and Bazzi say most people don’t seem to need that extra incentive. But if they do, Sedrati argues that’s way better than a goodie bag of swag anyway.